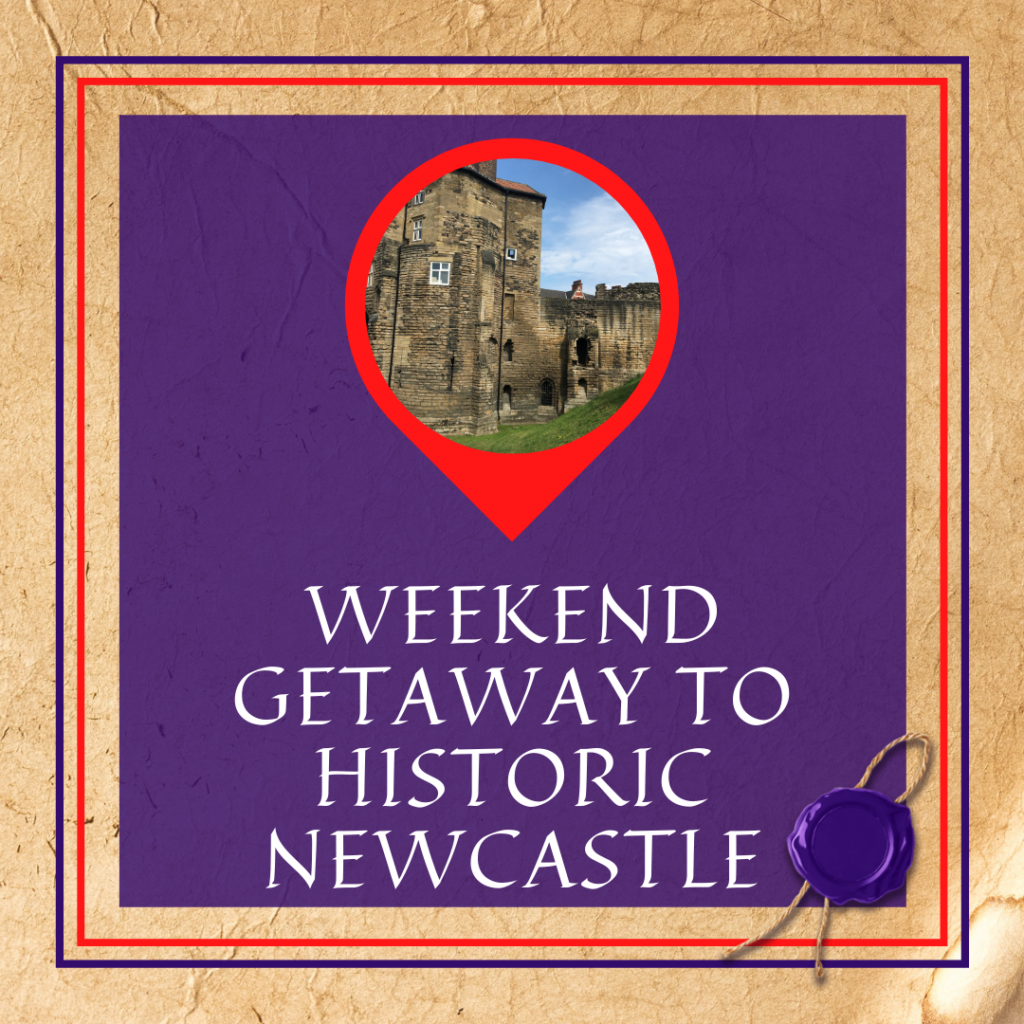 Newcastle-upon-Tyne lies on the Northern bank of the River Tyne, in the North-East of England.  The city is known for its vibrant nightlife, dreamy river cruises and friendly people.  It is also a city jam packed with historical sites – the heritage tourist’s perfect destination for a weekend getaway.

I am well aware that I am writing this in the midst of the Covid-19 pandemic, with full lockdown restrictions still very much in place across the United Kingdom.  Writing about a weekend getaway might thus seem rather odd.  However, we can dream, and we can plan.  The pandemic will come under control, at which point we will want to get out there and explore.  Now is the perfect time to start planning our first trips away and Newcastle is a destination I can highly recommend.

The city has a long and fascinating history; from a pre-Roman settlement, through Roman expansion to industrial power-house – Newcastle and its people lived through it all.  And for those of us interested in medieval architecture, this city has much on offer. 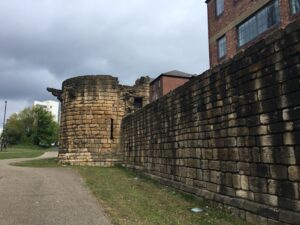 I suggest starting the medieval tour of Newcastle with its powerful city walls.  There are still large sections of wall and several towers to be explored.  The town wall is a medieval defensive structure (now a Scheduled Ancient Monument) built during the 13th and 14th centuries.  It was originally around 2 miles long, starting on the riverbank (west of the bridge) and circling around in an arc (northwards) and then down to the river again, on the east side of the bridge. 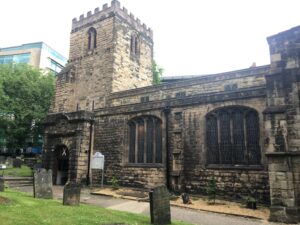 You can find a handy map (and lots of historical facts) of the walls, showing which parts are still standing, here.  It would be a good idea to start your exploration at the West Walls, at Durham Tower (H on the map).

Near the West Walls, is what is believed to be the oldest church in the city – St Andrew’s Church.  The church itself and its churchyard is absolutely marvellous to explore.  Several high-profile people were buried in this churchyard.  And don’t forget to look at the stone cannon balls fired during the Scottish siege of 1644.

After lunch at any of the restaurants in the city centre, a short walk from St Andrew’s Church will bring you to St John the Baptist Church.

In Norman times (around 1130), a small church was built on this site.  It is thought that the builders used stones from Hadrian’s Wall to complete the work.  As is the case with most medieval churches, St John’s experienced many changes and expansions over the past several centuries.  This church is a delight to view with many medieval architectural quirks to look out for; look for the cross-shaped Anchorite’s window in the chancel.

From here, continue along the route of the Town Walls and you’ll end up on the beautiful quayside, ready for evening drinks at the wide selection of pubs and bars in that area. 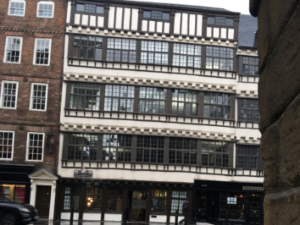 Bessie Surtees House is a medieval merchant house near, what was then, the busy merchant docks along the River Tyne.  It is now a museum open to the public.

The first documented evidence of a house on this site dates from 1465 when Robert Rhodes sold part of the building to John Belt.  Robert Rhodes was a lawyer and a highly influential citizen of Newcastle.

Bessie Surtees House offers a fantastic opportunity to see how medieval merchants lived and you can find out how Bessie defied her father, climbed out a first-floor window and eloped with her beloved, John Scott (who later became Lord Chancellor of England). 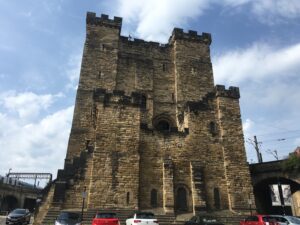 The Scots were always a bit unruly and the city of Newcastle was one of their favourite targets in the Middle Ages.  No wonder then, that William I, Robert Curthose to build the first castle in this location.  This first castle was a motte-and-bailey structure but what can be seen today is the later stone version.

The Black Gate and Castle Keep can be explored together (entrance and ticketing at the Black Gate) and you’ll need several hours to appreciate these magnificent structures. 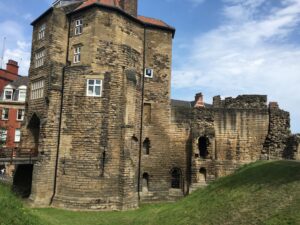 The Historiette blog is jam packed with information on historical places in Newcastle and other areas.  Also, the NewcastleGateshead tourism organisation offers great information for anyone planning a visit to this magnificent city.