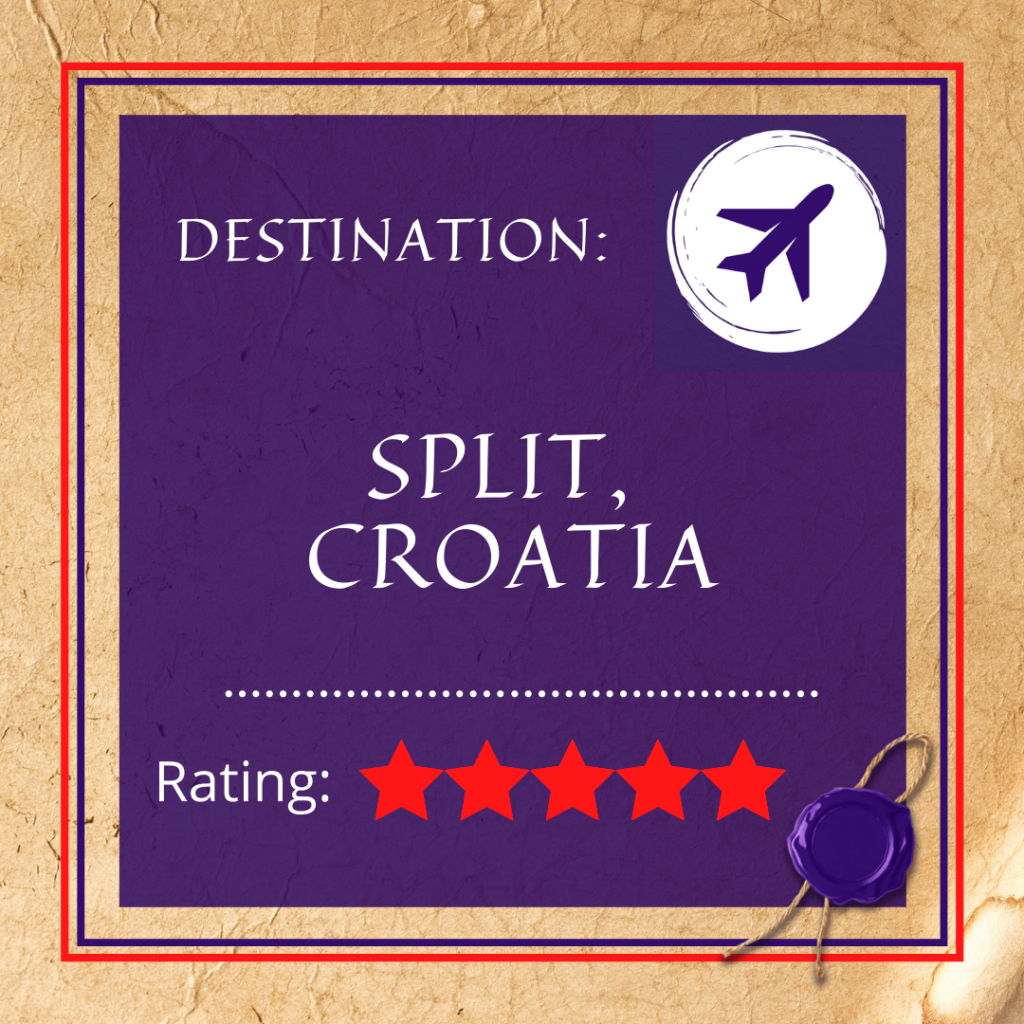 We visited Split in September 2015 for the first time, and it was a marvellous experience!  We stayed for several days before heading off to the nearby islands.  The weather was perfect, the people friendly and the city hugely interesting.  Split gets a 5-star rating from me 😉

The city was founded as the Greek colony of Aspálathos in the 3rd or 2nd century BC on the coast of the Illyrian Dalmatae, and later on was home to Diocletian’s Palace, built for the Roman emperor in AD 305. It became a prominent settlement around 650 when it succeeded the ancient capital of the Roman province of Dalmatia, Salona.

Diocletian’s Palace is an ancient palace built for the Roman emperor Diocletian at the turn of the fourth century AD, which today forms about half the old town.  This is a UNESCO World Heritage Site.  The architecture is breath-taking! 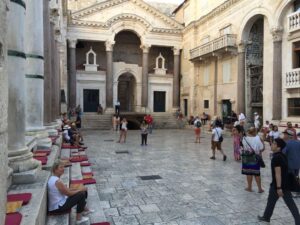 The Cathedral of Saint Domnius, known locally as the Sveti Dujam, is a Catholic cathedral of exceptional beauty.

Riva Harbour is a delight to see.  The beautiful blue water contrasts with the old architecture of the old town.  There are lots of cafes and restaurants, as well as tourist shops around the harbour.

The local currency is Kuna.  There are ATMs all over town where you can draw cash.  Note that most ATMs charge a fee. 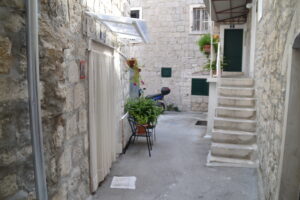 Some restaurants do accept Euro too.

Public transport is well organised.  Split has a good bus service and there are lots of water taxis if you want to explore nearby islands (highly recommended!). There is also a Hop-on-Hop-off tourist bus service operating in the city.

Split has a variety of accommodation available.  We stayed in a self-catering unit, just outside the old city (East side) meaning we were within walking distance of everywhere we wanted to go.  Highly recommended.

My suggestion is to visit Split at the end of the summer season or in early autumn.  The weather is fantastic and most of the crowds have departed by then.  Summer can be very busy and expensive.