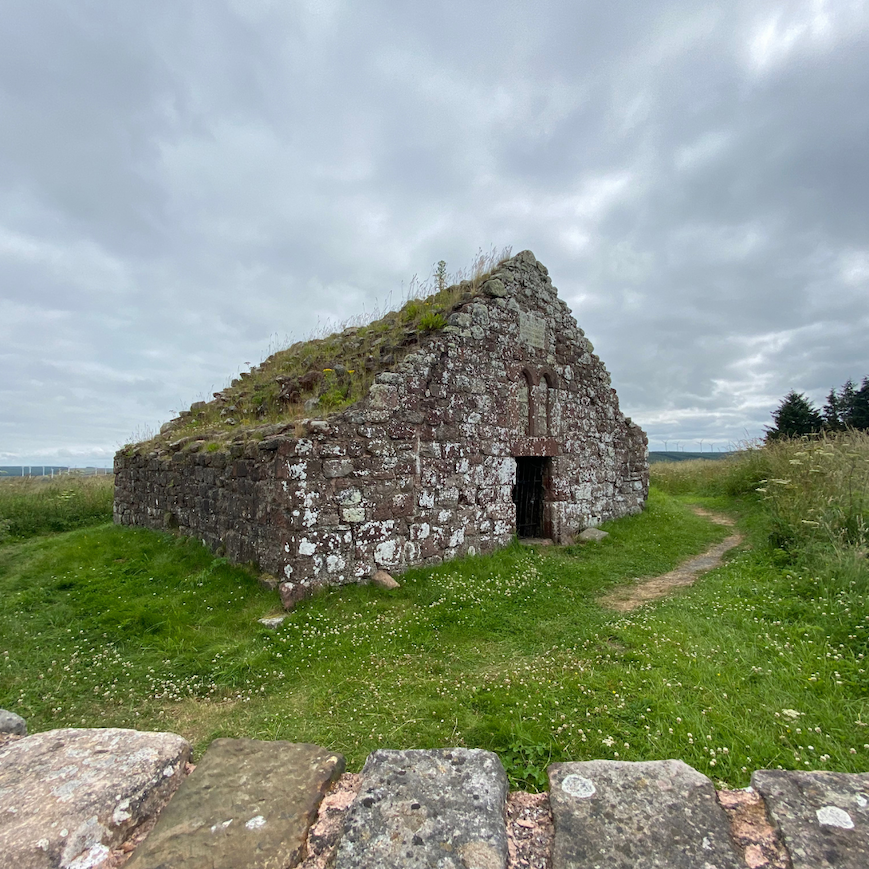 On a windswept and desolate hill, just off the A68, stands the remains of Soutra Aisle.  It is here that we stopped on a blustery July day to walk in the footsteps of thousands of pilgrims and poor travellers. 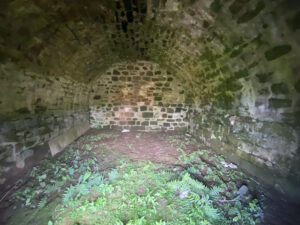 The Augustinians founded the hospital at the request of King Malcolm IV in about 1160.  The location is interesting.  Soutra lies at the centre of the wealthiest region in the country and is a key stage on road journeys between Edinburgh and the rich Abbeys of the borders. The hospital stood at a crossroads of five routes: the Royal Road (Via Regia) to the Northwest and the South, the Public Road (Via Publica) to the Northeast, and two minor roads, all converge at Soutra.

Soutra hospital was dedicated as the “House of the Holy Trinity at Soutra,” run by the master and brethren of the Augustinian order.  It looked after the poor travellers and pilgrims as well as the aged and, of course, sick and infirm.  In essence, it was a refuge for wayfarers and the needy.

Vast estates around the low Lothians funded the hospital.  These estates were around 20 square miles in size and all on fertile, arable land.  Of course, wealthy visitors also made substantial donations, and the wealth and power of Soutra grew massively over the next few centuries.

Though very little of the entire complex remains today, Soutra had high walls, cloisters, and many other buildings in its heyday.

During the 1460s, a major scandal enveloped Soutra.  The master, Stephen Fleming, was accused of misappropriating funds intended for the upkeep of the hospital.  After several such reports and intensive investigations, Master Stephen was deposed.  In response, the Scottish Crown confiscated the hospital estates (apart from Soutra itself) and reassigned them to Edinburgh’s new Trinity College hospital.

From this point in time, the power and wealth of Soutra hospital dwindled.

Why is it Called an Aisle? 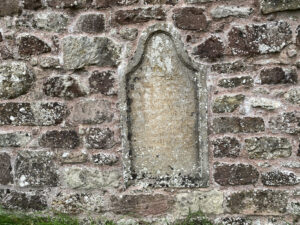 What is an Aisle in Scotland? In Scotland and particularly in the Southeast, it is not only a central passageway in a church or a wing of a church for special use by a family or a Guild. It may also be a family burial vault or monument that stands alone, usually in a burial ground.

In 1590 the church in Scotland directed that no monuments to the dead be allowed within the church.  Important families responded by building aisles. Often built onto or using material from old churches, they all have the look of chapels in miniature.  There are 40 known aisles, all associated with one or more families.  At Soutra, the family commemorated is a branch of the Pringles, the prominent borders family linked with the Galashiels area.