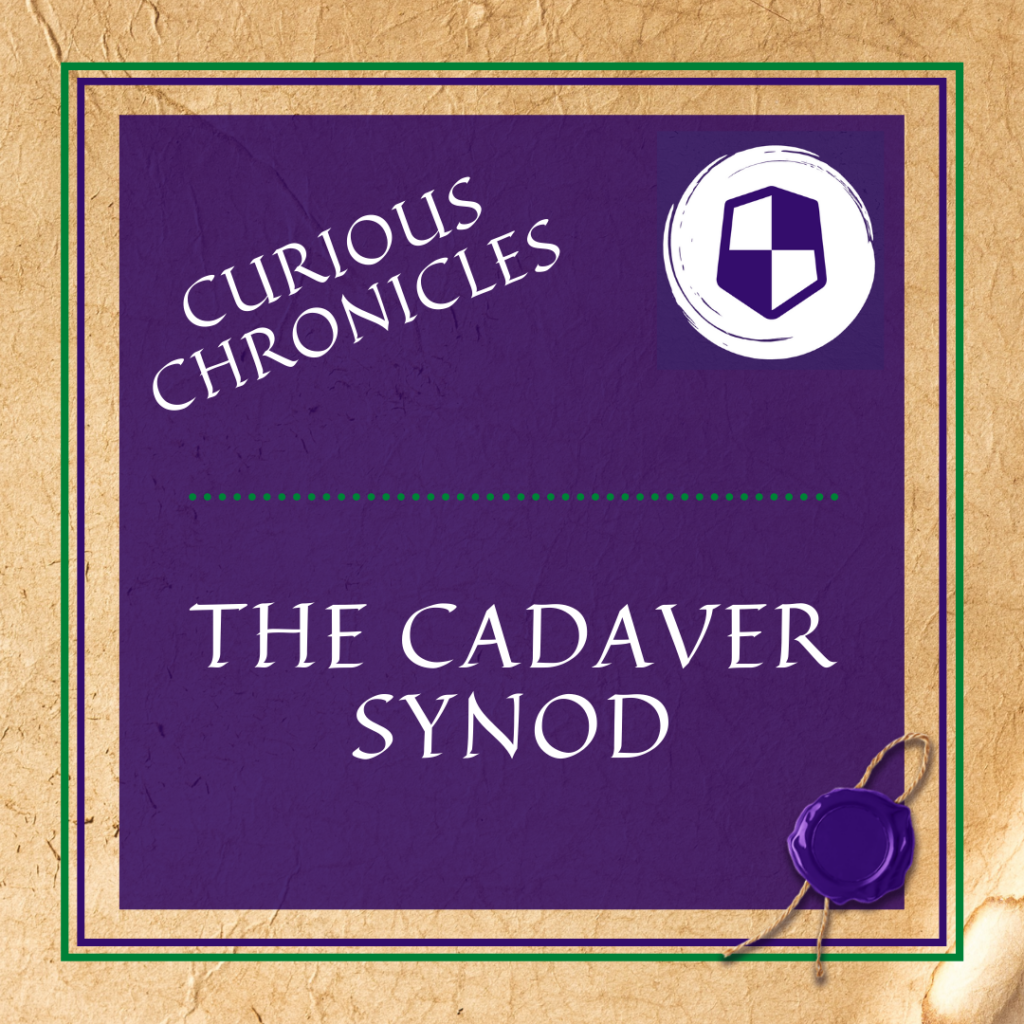 Putting a Corpse on Trial – The Cadaver Synod of 897AD

Formosus was elected pope on 6 October 891. This was right in the middle of a period that was marked by a rapid succession of pontiffs. These brief papal reigns were often the result of the political machinations of local Roman factions.

In 896AD, Formosus died and was succeeded by Pope Boniface VI, who himself died two weeks later. Stephen VI then became pope and immediately called for the most bizarre trial I have ever heard of.

Pope Stephen VI ordered Pope Formosus to be dug up from his grave and put on trial! 😱

The Cadaver Synod was convened in January 897. With the corpse propped up on a throne, a deacon was appointed to answer for the deceased pontiff. Formosus was accused of transmigrating sees in violation of canon law, perjury, and serving as a bishop while actually a layman. Unsurprisingly, the corpse was found guilty.

As punishment, the corpse was stripped of its papal vestments, and Stephen then cut off the three fingers of the right hand that it had used in life for blessings. The body was finally interred in a graveyard for foreigners, only to be dug up once again, tied to weights, and cast into the Tiber River.

I’m not sure if Stephen’s motivation for this weird trial was political or if he was simply crazy – or maybe a bit of both.