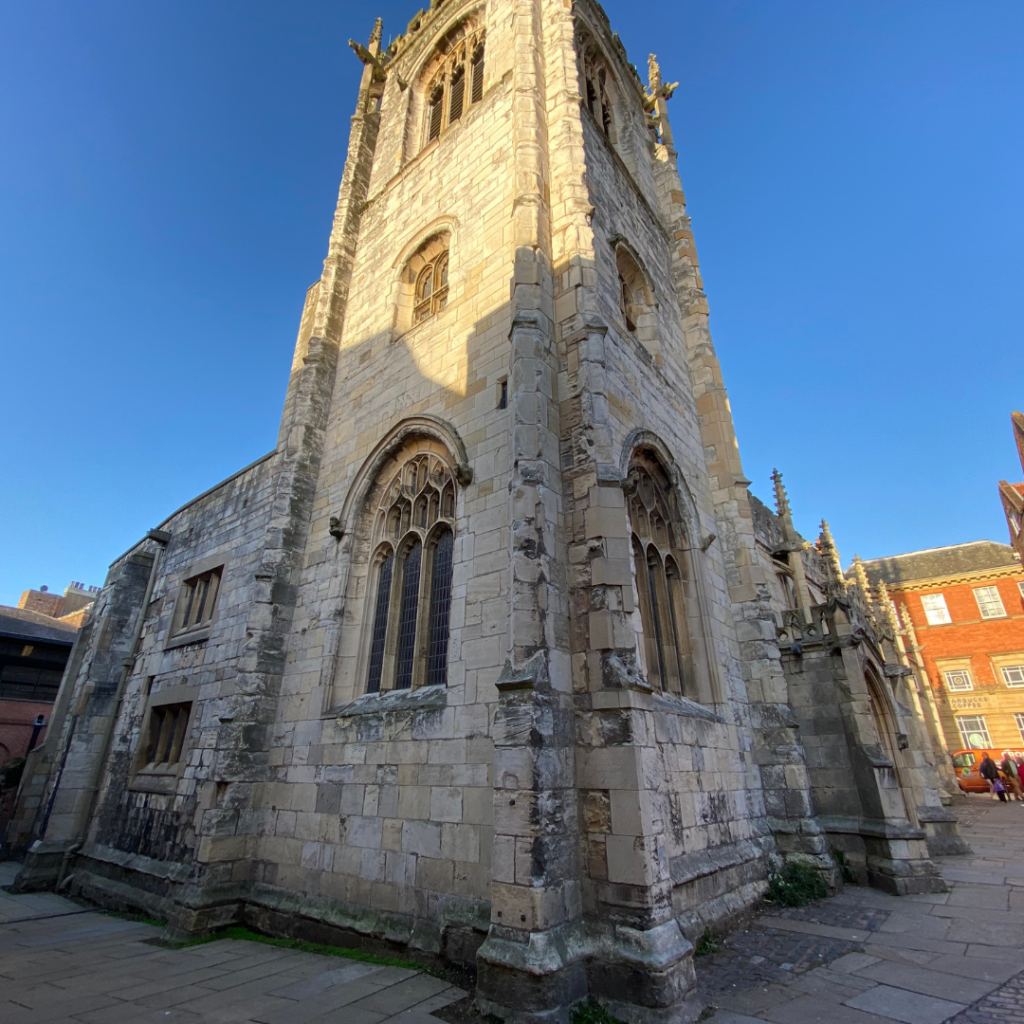 Slightly hidden, just off Coney Street, is the ancient church of St Martin le Grand. Of course, the church is also known as St Martin Coney Street. Why it has two names, no one seems to know. What I do know is that the two names create serious confusion when one tries to research the church’s history! 😂

St Martin’s is one of York’s oldest churches.

The original church was built in timber in the early 11th century. Around 1080, it was rebuilt in stone. As with most medieval buildings, St Martin’s was extended and repaired several times during the following centuries. 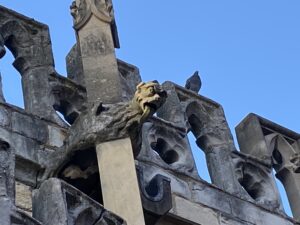 By the mid-15th century, Robert Semer was the vicar at the church. He rallied the local parishioners, raised funds, and rebuilt St Martin le Grand almost entirely.

Sadly, disaster struck on 29 April 1942. During a bombing raid, St Martin’s received a direct hit, destroying most of the church. Only the tower and South Aisle survived the blast. After the war, the church was again rebuilt to what we can see today. A garden of contemplation was created next to the church, in part of the bombed-out nave.

What Not to Miss at St Martin le Grand

The St Martin clock is a true masterpiece! There has been a clock overhanging the street since 1668. It was damaged during the bombing in 1942, and GF Newey of York built the present mechanism in 1966. It is housed in the church tower and drives the hands employing a series of rods running 20 meters over the roof.

The Garden of Contemplation is a tranquil space surrounded by high walls with several interesting features.