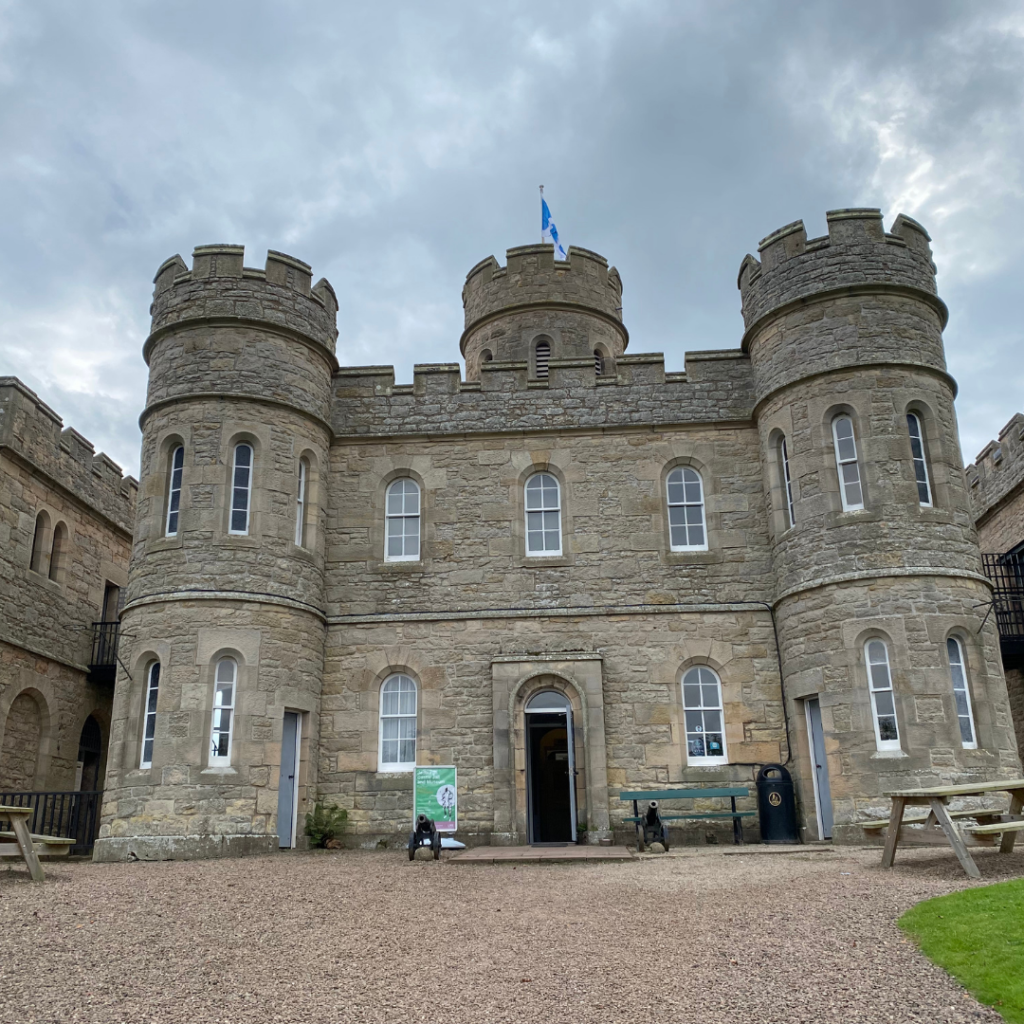 Not far from the magnificent Jedburgh Abbey, a Royal Castle was built in the 12th century.  Its location on the hill overlooking the town was perfect.  It was a brilliant strategic location with views stretching far down the valley, from where to keep a lookout for attacking armies.  Bear in mind that Jedburgh is very close to the English border and saw many battles between the Scots and the English.  In fact, in 1409, Albany Regent of Scotland ordered the castle’s demolition so the English could not hold it.

The site was again brought into a functional state in 1823 when a Howard reform prison was built here.  It is this – Jedburgh Castle Jail – that we came to explore one chilly and blustery afternoon.

The building looks very much “castle-like” when one approaches it from Castle Gate.  A high circular wall forms the outer perimeter.  On the inside of this wall are several interconnected buildings.  In the centre is the Jailer’s accommodation. From here, three “legs” sprout out South, East, and West, respectively.   Another high wall connected the ends of each leg, creating outdoor space for inmates. 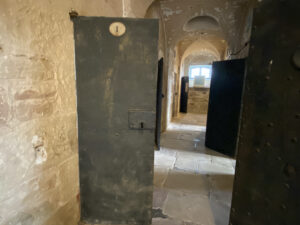 From the 15th century onwards, the distinction had been made between the genuine poor – those unable to fend for themselves – and the able-bodied poor vagrants – with no tie to the land.  The former could be given licence to beg or be supported by their parish.  The latter, however, were treated as outcasts by both church and state and could be severely punished for their idleness.  In 1579, for example, it was decreed that all sturdy beggars should be arrested and whipped!

There was no heating and, as James Neild wrote in 1809, “nor is any water supplied, except what is fetched in by the keeper.  The employment of the prison consists of pounding sand for scouring.  The purpose of so employing them is merely to occupy the time.” 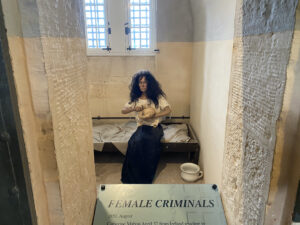 The first known incidence of an insane prisoner comes from the Inspector’s Report, dating from 1837: “One female lunatic, not charged with any crime, quite harmless, been in prison for more than four years.”

One individual known in the records only as “EL” had murdered her mother in 1845, under the delusion that she was a witch.  She was “found to be insane and not fit for trial at Jedburgh” and then sentenced to be imprisoned until further notice from the High Court.

By the 1840’s Jedburgh Jail no longer met the required standards for jails.  The cells were too small, the building too damp, and the drainage was terrible.

The Jail closed on 31 May 1886, and all remaining prisoners were sent to Edinburgh.  The building is currently a magnificent museum.