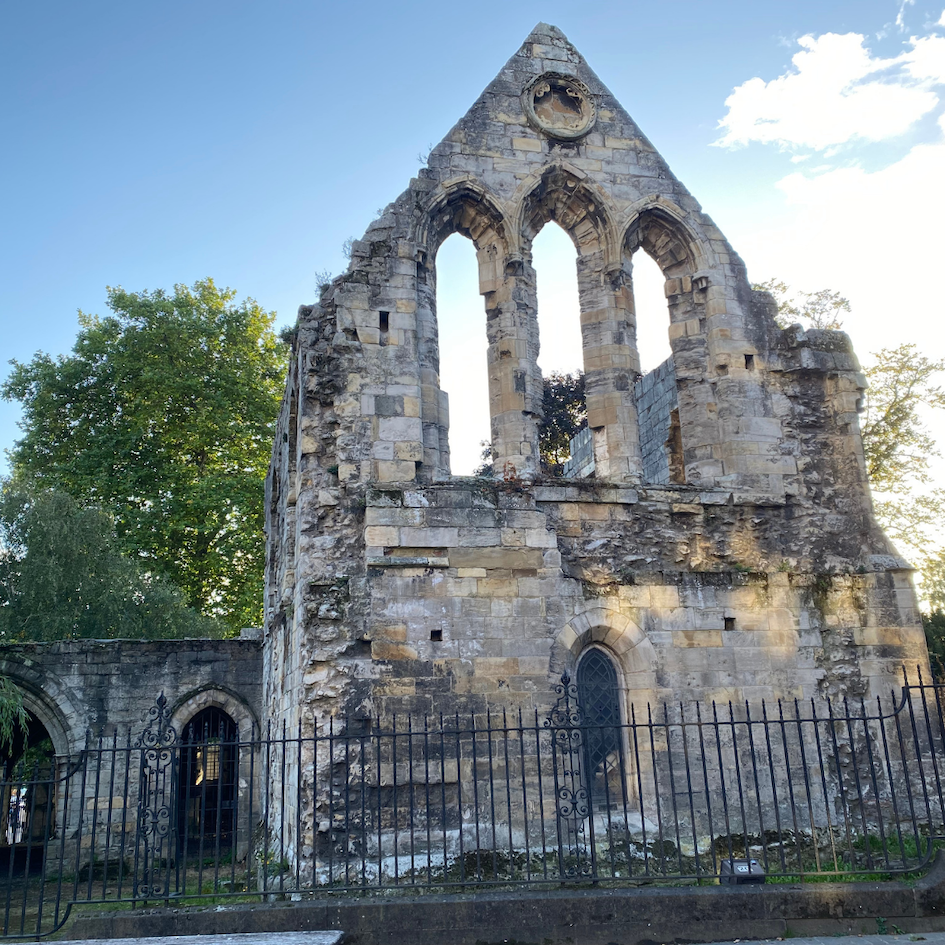 The ruins of the medieval St Leonard’s Hospital lie just on the edge of Museum Gardens in York.  The ancient building can be best explored by walking up the path to York Library and Archive, from Museum Street.  This is precisely what we did, late on a Thursday afternoon – not knowing that the gate at the library closes at 6PM!

We were nearly locked in (imagine having to spend the night in a medieval ruin!), but thankfully the young lady in charge of locking up allowed us a few minutes more to explore.  And to be fair, St Leonard’s Hospital is not a very large structure, so a few minutes are sufficient to have a quick look. 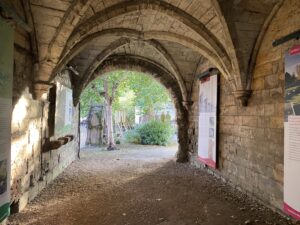 The tunnel leading to Museum Gardens

St Leonard’s Hospital was founded shortly after the Norman conquest.  It was a massive establishment – the largest Hospital in the North of England – and cared for a significant number of people.

The sick, the infirm, the poor, and the old all came to St Leonard’s for help.  Bear in mind that medieval hospitals were not only places of physical healing.  It was more a place where people could get food, warmth, and some nursing care.  But physical health came very much second to spiritual health.   In fact, the sick were not allowed to be treated for their physical ailments until they had confessed their sins.  Only after their souls were cleansed could the nurses start caring for them.  Part of the daily routine was to partake in regular prayers and other religious rituals.

Impact of the Reformation

Being a religious establishment, St Leonard’s Hospital was severely impacted by the Reformation (1522 – 1552).  The Hospital was closed in 1540, leaving the city of York without a hospital until 1740.

The building was later used as farm buildings, a boatyard, stables, and later still, as an air-raid shelter.

What Can Still be Seen at St Leonard’s Hospital

The Undercroft, with its beautifully high, vaulted ceilings, is mainly intact.  One remaining wall of the Chapel still stands to its full height, with three tall windows looking in a North-Easterly direction.

A slightly dark tunnel leads towards Museum Gardens.  Here a gate still stands where the brothers and sisters distributed alms to the poor every day.