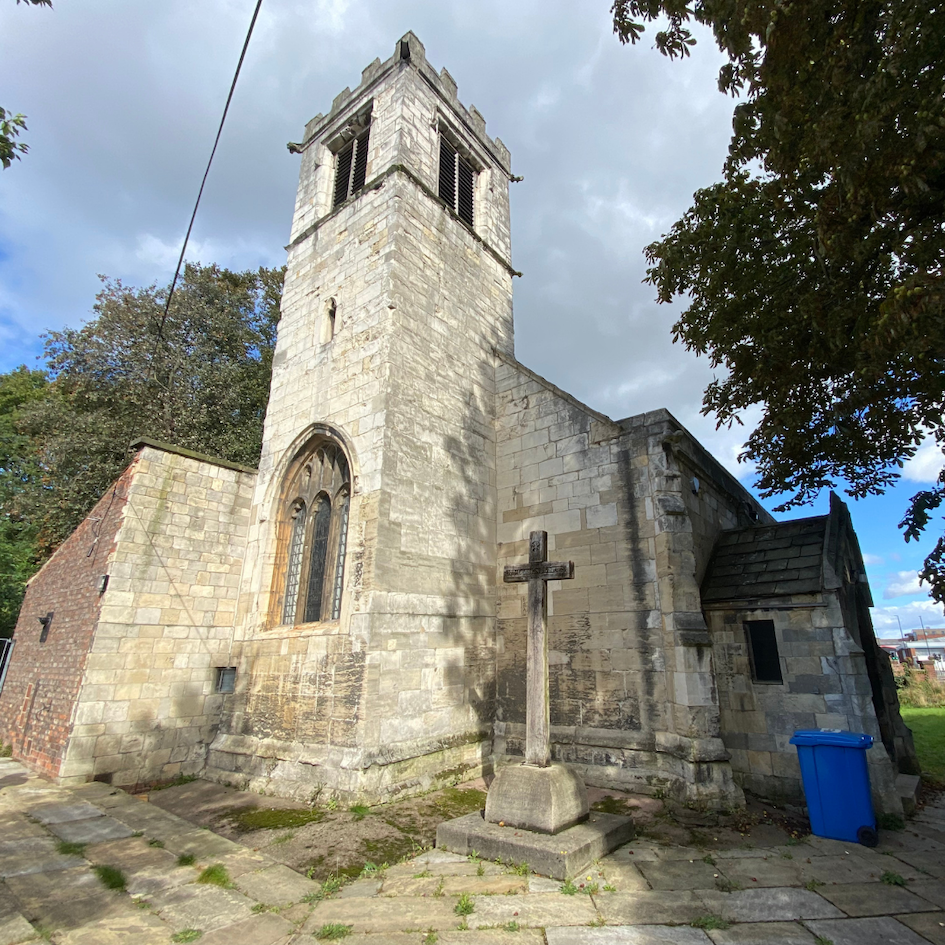 As part of my research into Anchoritism during the Middle Ages in the North of England, I ventured to the ancient city of York.  This city offers a vast array of medieval buildings, and one can spend days exploring.

My particular interest during this trip was the Parish Church of St Cuthbert’s, located on the edge of Peasholme Green, a stone’s throw away from York Minster.  My research tells me Anchorites were enclosed at St Cuthbert’s certainly in 1393 and again in 1415 – possibly even earlier than that.  Sadly, no physical evidence of an Anchorhouse is extant, as is true in most cases.  The Church itself is interesting to explore, though, as it offers excellent examples of a variety of building styles practiced during medieval times.

Most of the church walls date from the 15th century.  The squareness of the windows in the South wall is typical of the late perpendicular style, with its simple yet beautiful tracery. 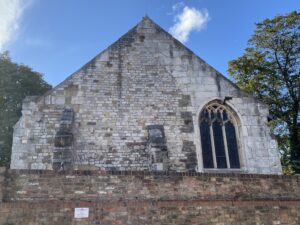 Walking around the West side of the Church, the Vestry is located just past the Tower.  The Vestry is much younger and probably built after 1850.  The other side of St Cuthbert’s Church is, however, much more interesting.  To see this (East) wall, we had to exit the churchyard and walk around to the business premises next to the Church (currently occupied by Ware and Kay Solicitors).  From here, one can see a true mishmash of building styles!

Facing this East wall, the far-right part is very much 15th century, with an early perpendicular style window.  On the left, the corner buttress of the Church was built in the 14th century but right next to it, in the middle of the wall, the stonework is much older, dating from the 11th century.  The two buttresses on this wall are both medieval too.  A small blocked-up door next to the more prominent buttress dates from the 18th century.  It is awe-inspiring to really look at this wall and witness so many centuries of stonework in one wall.

St Cuthbert’s is mentioned in the Domesday Book when the advowson belonged to William de Percy.  In 1238, the patronage passed to Holy Trinity Priory in Micklegate, where it remained until the Dissolution when it transferred to the Crown.

In 1586 the parish was united with those of All Saints, Peasholme Green, St Helenon-the-Walls, and St Mary in Layerthorpe.

The building is currently used as a House of Prayer.