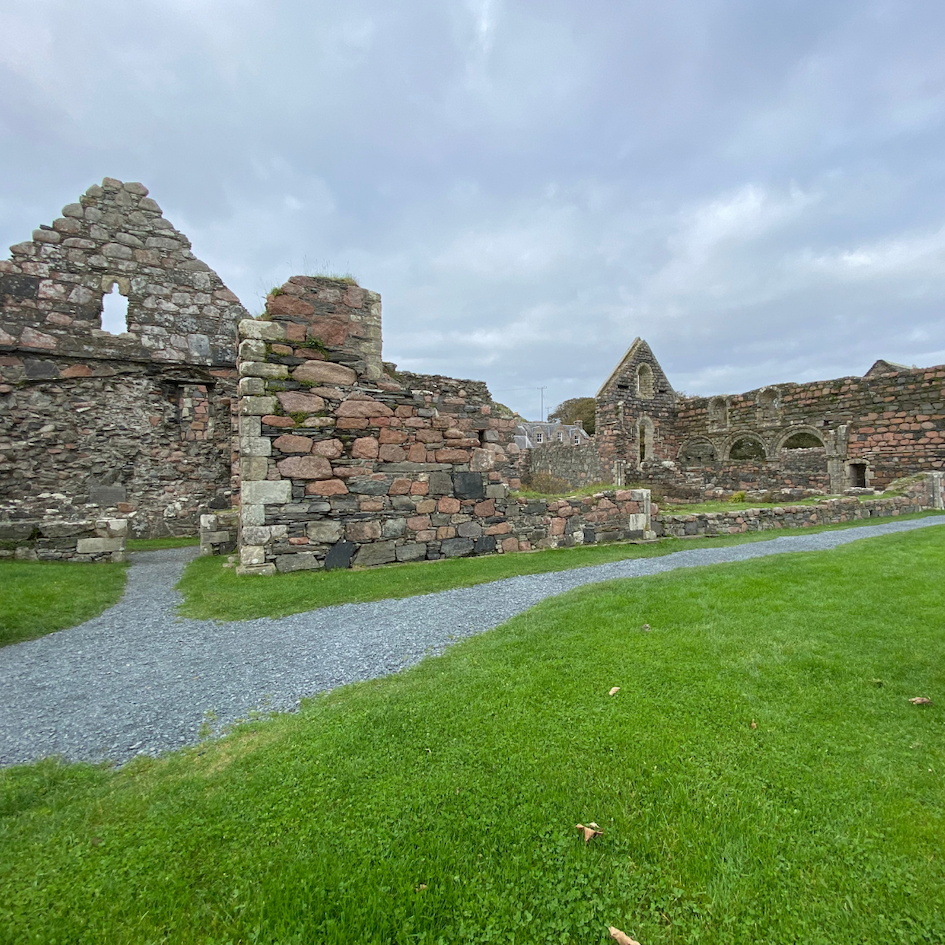 I could almost feel the presence of the sisters of the old Augustinian order as I sat quietly in the chapter house of the Nunnery of St Mary the Virgin on the tiny island of Iona.  The tranquillity and peacefulness of the place are palpable.  And even though the Nunnery is in ruins, it still has a magical beauty to it.

The Founding of Iona Nunnery 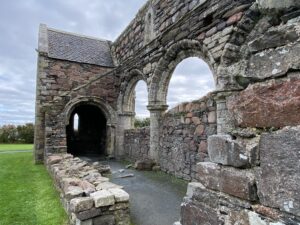 Church of the Nunnery on Iona

Around the year 1200, the King of the Isles, named Ranald, founded the Augustinian Nunnery on Iona.  He installed his sister Beathag (Beatrice) as the first Prioress at the new Nunnery, and she was soon joined by others, mainly nuns from Ireland.

The sisters lived a quiet life of contemplation and prayer.  They performed the usual domestic chores expected in an institution like this, and they also gave hospitality to female pilgrims to Iona.

The Nunnery was funded through the income of their modest estates on Iona as well as the island of Mull. Further funds were received from parishes from several Hebridean island churches.  Though by no means wealthy, the nuns lived a reasonably comfortable life.

Exploring the Nunnery on Iona

Iona’s Nunnery is one of the best-preserved Nunneries in Britain.

As with most Nunneries, this one was laid out around a square cloister.  A church was built along the north side, and other buildings were placed along the other three sides.  The church consists of a nave with an aisle of three bays on the north side, a small chapel, and a chancel.  Much of the church is now in ruins, but the rib-vaulted ceiling of the little chapel is still extant, as are three of its walls.  This is a gorgeous piece of architecture and not to be missed when exploring the site. 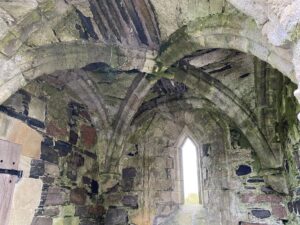 Vaulted ceiling of the chapel at Iona Nunnery

Only the foundations of the cloister now remain.  It seems that this area was around 14 square meters in size, but archaeological evidence suggests that it was smaller originally and enlarged in the 1400s.

To the west of the cloister now lies under the modern road, but it is believed that it was once the site of guest accommodation and possibly storage space.  The kitchens, infirmary, bakehouse, brewhouse, malthouse, granary, and dovecote were all situated here.

To the east of the cloister, several significant parts of the footings survive.  It is believed that this was a two-storey structure with the nuns’ dormitory on the upper level and the chapter house on the ground level.  The stone benches in the chapter house are still mainly intact.  It is here where the nuns would confess their sins, discuss the business of the Nunnery, and hear a chapter from the Rule of St Augustine every day.

The south range is best preserved of the entire Nunnery.  There is a large refectory where the nuns and visitors enjoyed their meals.  Next to this was the warming room.  The warming room was the only part of the Nunnery where a fire burned all day during the cold winter and where the sisters would come to thaw out.

End of an Era on Iona

When the Reformation took place, the Nunnery on Iona was, along with almost all such religious institutions, closed.  The last nuns were forced to leave in 1560.  After this, a small part of the refectory was adapted for domestic use, but the remainder was left to ruin.  Eventually, even the refectory was abandoned and left to decay.