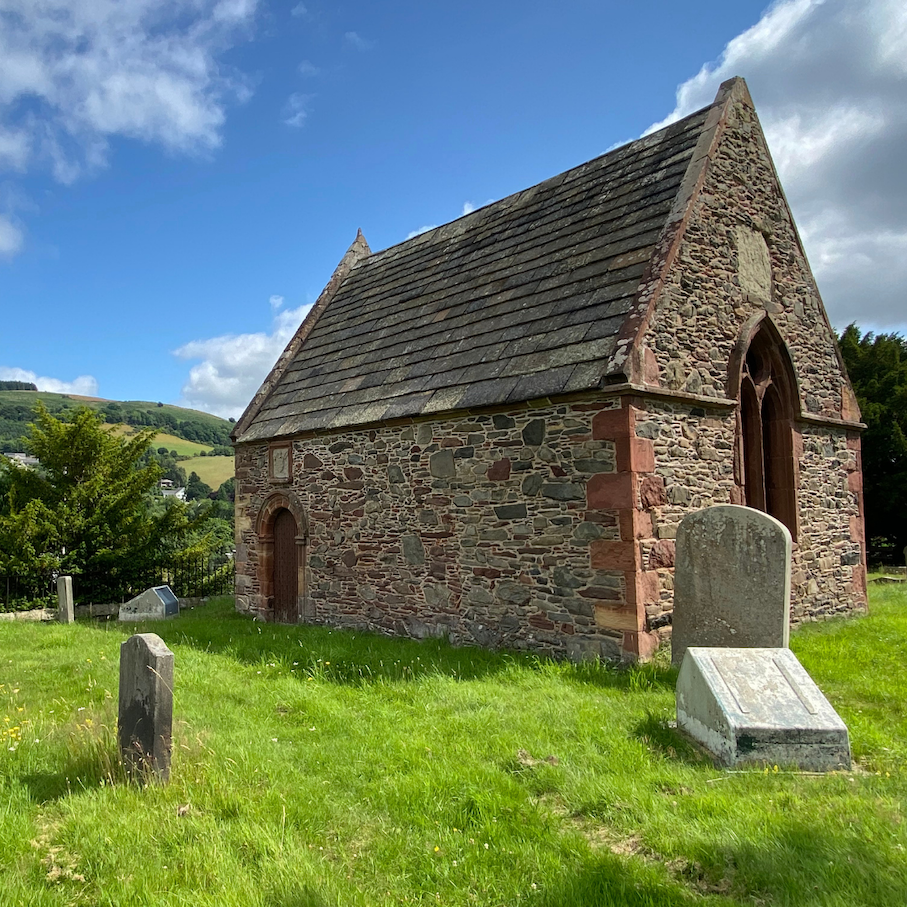 The first parish kirk in Galashiels stood on a site just south of the Old Town Cross, along Church Street.  It was built in 1617 and used as the only parish church in the town until 1813.

This church was originally oblong in shape with a gallery around three sides.  The centre of the longest side was occupied by the Laird of Gala’s Pew, and it had its own staircase.  In later years, two burial aisles were added to the church, giving it a cruciform shape.  A short passage joined the Laird’s Pew to the south window of Gala Aisle.

Though the church was demolished in the 19th century, Gala Aisle is still extant, and now, after Old Gala House, the oldest structure in Galashiels.

The Laird of Gala, Hugh Scott, had Gala Aisle erected in 1636 as a family burial aisle.  Scott served under General Leslie in the Civil War and died in 1643, and his memorial is inside Gala Aisle. 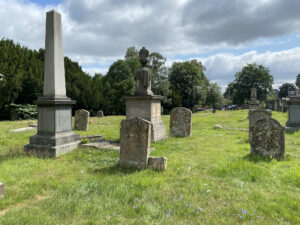 The Aisle was built of rubble with freestone dressings.  It is relatively small, measuring only about 25 feet by 19 feet, with a wall thickness of around 2 feet.  Most of the north gable and parts of the side walls are of the original 17th-century work, and the rest is a 19th-century restoration.

By 1961, the Aisle was roofless and in bad condition.  Thankfully, some restoration was done, and a new roof was installed during a major restoration project in 1992, organised by Ettrick and Lauderdale District Council.

Life at the Old Kirk and Gala Aisle

In the 15th century, a new law was brought in: “It is decreed and ordained that football and golf be utterly cried down…. that bow marks be made, a pair of butts at every parish church and shooting be practiced.  That every man (between the ages of 12 and 60) shoot six shots at least and two pence levied upon those absent, for drink for the shooters”. It seems archery was very much practiced on Sunday afternoons in the churchyard at Gala Aisle.

What can Still be Seen at Gala Aisle

All the walls are still standing to their full height, and the roof is intact.

Gala Aisle has two large windows, one at each end, and a beautiful arched doorway in the west wall.  The Gothic window in the south gable is a 19th-century replica of the original in the north wall.

There are also several interesting gravestones in the churchyard, most notably, that of Mungo Park, the celebrated African traveller who died in Africa in 1806 (not 1805 as indicated on the memorial).