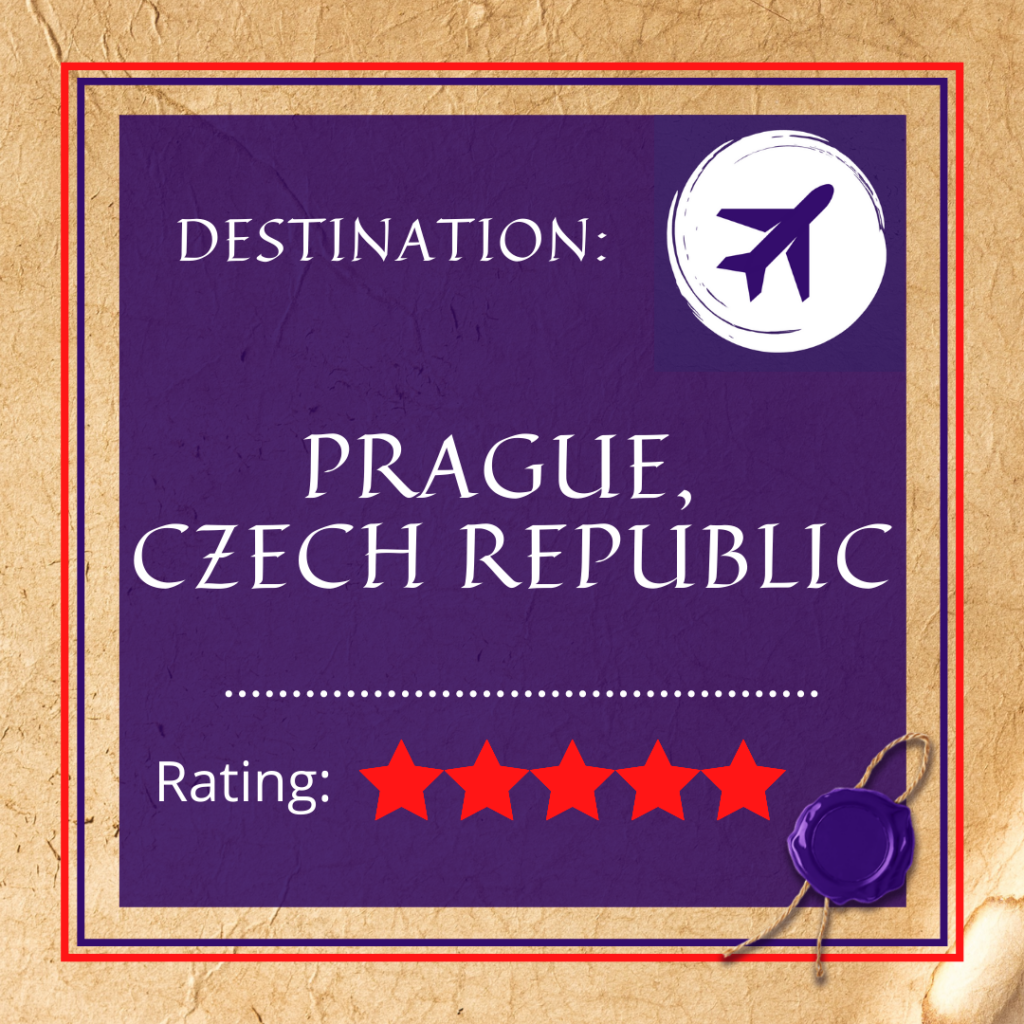 Prague, the capital of the Czech Republic, is one of my favourite travel destinations.  It gets an entire 5-star rating from me. 😉

The region was settled as early as the Paleolithic age. Jewish chronicler David Solomon Ganz, citing Cyriacus Spangenberg, claimed that the city was founded as Boihaem in c. 1306 BC by an ancient king, Boyya. 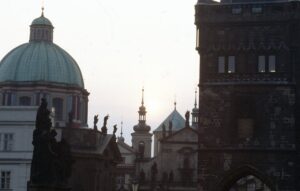 Around the fifth and fourth century BC, a Celtic tribe appeared in the area, later establishing settlements including an oppidum in Závist, a present-day suburb of Prague, and naming the region of Bohemia, which means “home of the Boii people.” In the last century BC, the Celts were slowly driven away by Germanic tribes.

In the late 5th century AD, during the Great Migration Period following the collapse of the Western Roman Empire, the Germanic tribes living in Bohemia moved westwards and, probably in the 6th century, the Slavic tribes (Venedi) settled the Central Bohemian Region. In the following three centuries, the Czech tribes built several fortified settlements in the area. 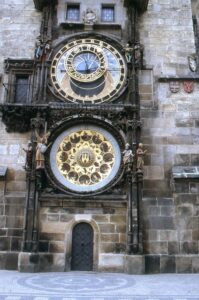 Karlův Most (Charles Bridge) connects the Old town with the Lesser Town and crosses the River Vltava.  Construction started in 1357, and it is 516 meters long.  It is also a UNESCO World Heritage Site.

St Vitus Cathedral and Prague Castle are both significant historic buildings.  The cathedral is the burial place of the former Czech kings and the home of the Czech Crown Jewels.

The Old Town Hall with its magnificent astronomical clock is an absolute must-see!  Built in 1338, it was used as the administrative seat for Prague’s Old Town.  The lookout gallery on the tower offers the most beautiful view of Prague.  The clock performs a delightful “play” at midday every day – don’t miss it.

Wear very comfortable, sturdy shoes when exploring Prague.  Many streets are cobbled, which can quickly lead to sore feet.

Public transport is excellent.  I suggest using the tram system to get around.  Don’t forget that the Metro (underground) stops operating at midnight! (Buses and trams run throughout the night)

If you sit down to eat at a restaurant and find bread or pretzels on the table, note that they are not complimentary. If you don’t plan on eating them, ask the waiter to take it away. Whether you eat the food or not, you will be charged. This happens mainly in the tourist areas of town.

Prague gets extremely busy in the summer.  To get good weather and fewer crowds, I suggest you stay in the Autumn or Spring.  October is my favourite month in Prague.  Alternatively, the weeks leading up to Christmas is a magical time in Prague.  Classical musicians perform outdoors in the Old Town, creating a wonderful atmosphere.