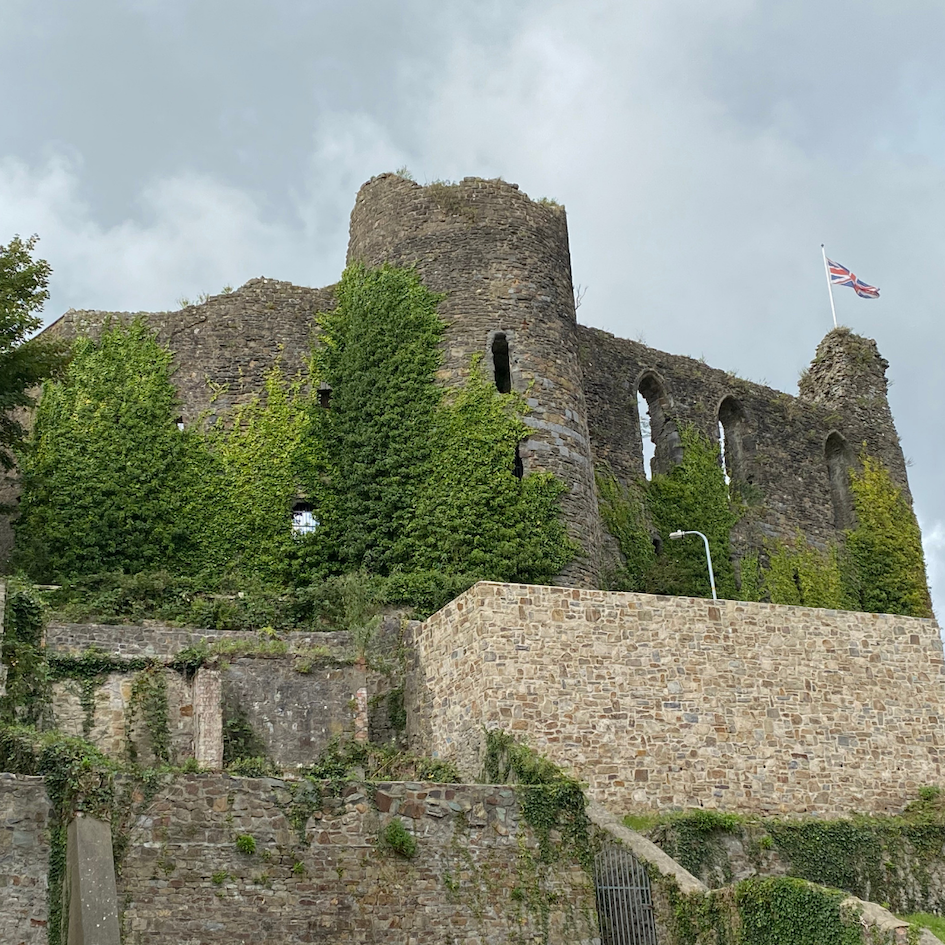 Haverfordwest Castle in Wales is undoubtedly the most prominent landmark in the area – the view from the riverbank below is imposing.  But sadly, little remains of the 12the century castle. 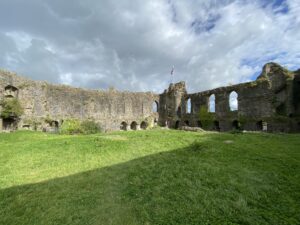 The “who” and “when” of the Castle’s building is unknown.  What we do know is that an earth and timber structure stood on the site by the year 1188.  That year, Giraldus Cambrensis and Archbishop Baldwin visited the Castle.

It must have been rebuilt in stone, as Haverfordwest Castle withstood an attack by Llewelyn the Great in 1220.

A much larger building project was undertaken after 1289.  At this time, Queen Eleanor acquired the Castle and was said to have fallen in love with it.  Haverfordwest Castle was known as “Queen’s Castle at Haverford” at the time.  Eleanor invested £407 (a massive amount for that time) in rebuilding and strengthening the Castle.

After the Queen’s death, the Castle remained in Royal possession for several years before changing hands a few times.  By the 16th century, it was very much derelict.  Rapid repairs were, however, done at the outbreak of the Civil War.  Both Royalists and Parliamentarians held the Castle during the war, with a change of hands taking place four times. 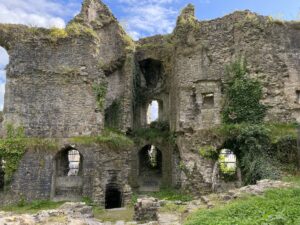 Ruins of a tower at Haverfordwest Castle

Part of the ruinous Castle was converted into a prison in the 18th century.  In 1820 a new prison building was erected within the grounds, with a capacity for 86 prisoners.  It was used in this capacity until 1878, after which it was used as a police station and later as council offices.

This building currently houses a museum.

What Can Still be Seen at Haverfordwest Castle

The Castle is very ruinous indeed.  There are parts of the Inner Ward and Curtain Wall still standing.  Towards the south end of the Castle, ruins of the towers are still extant, but one can’t access the ramparts.

The 19th-century prison building is in good order and open to the public.