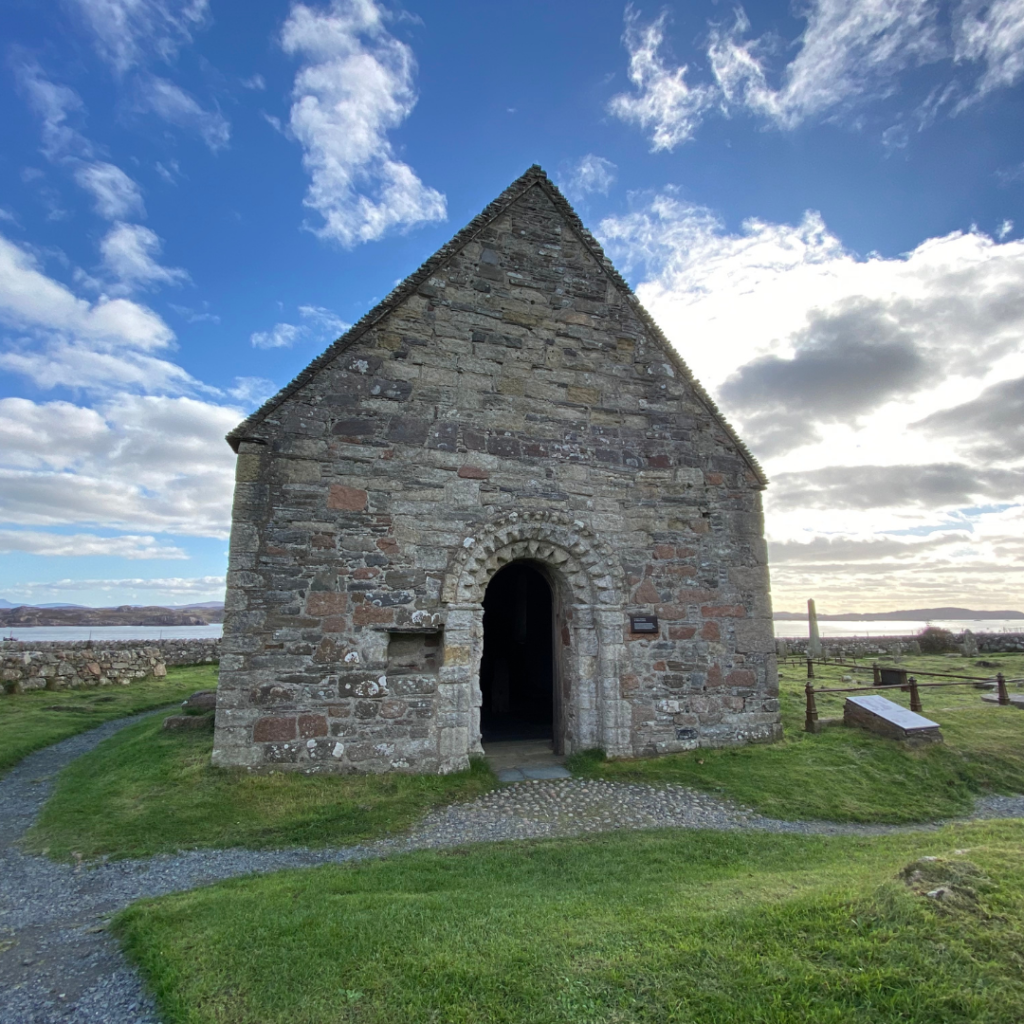 Local legend has it that St Oran’s Chapel is named after Oran, a faithful follower of St Columba.  The story goes that St Columba created Reilig Odhrain (the burial ground) shortly after arriving on the Isle of Iona.  The thing is, he needed a faithful Christian soul to be buried there as part of the consecration.  Oran, according to legend, offered to die immediately to make this possible.

St Oran’s Chapel was, of course, not built at that time.  It probably dates from the 1100s and is, in fact, the oldest intact structure on the Isle of Iona.

It is believed that St Oran’s Chapel was built, as a dynastic mausoleum, by Somerled, who was the King of the Isles.  Somerled died in 1164 and was buried inside the Chapel, near the high altar.  Later, his son Ranald was buried beside him. 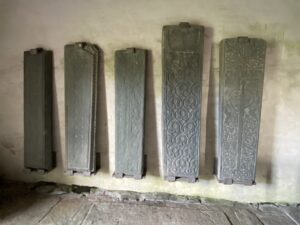 There are several worn grave slabs inside the Chapel.  In most cases, none of the artwork or inscriptions can still be read.  One such slab is located just inside the door.  It is very worn by centuries of footfall. However, a carving of a sword and white staff insignia is still vaguely visible.  We know these carvings represent the new Lords of the Isles, and chances are that this grave belongs to the early Lords of the Isles.

Records show that John, 1st Lord of the Isles, and Donald, 2nd Lord of the Isles, were buried in St Oran’s Chapel.  A record also states that “Donald was laid in the same grave as his father.”  The grave slab at the door is probably the final resting place of these two men.

What Not to Miss at St Oran’s Chapel

In the South wall of the Chapel is a wonderfully ornate mural tomb.  It is believed that it was constructed by John MacDonald II, the last Lord of the Isles.

The zig-zag design of the arch at the entranceway is rather beautiful and in very good condition.  This shows the distinct Irish influence in the construction of St Oran’s.

Travel Tips for Visiting The Isle of Iona