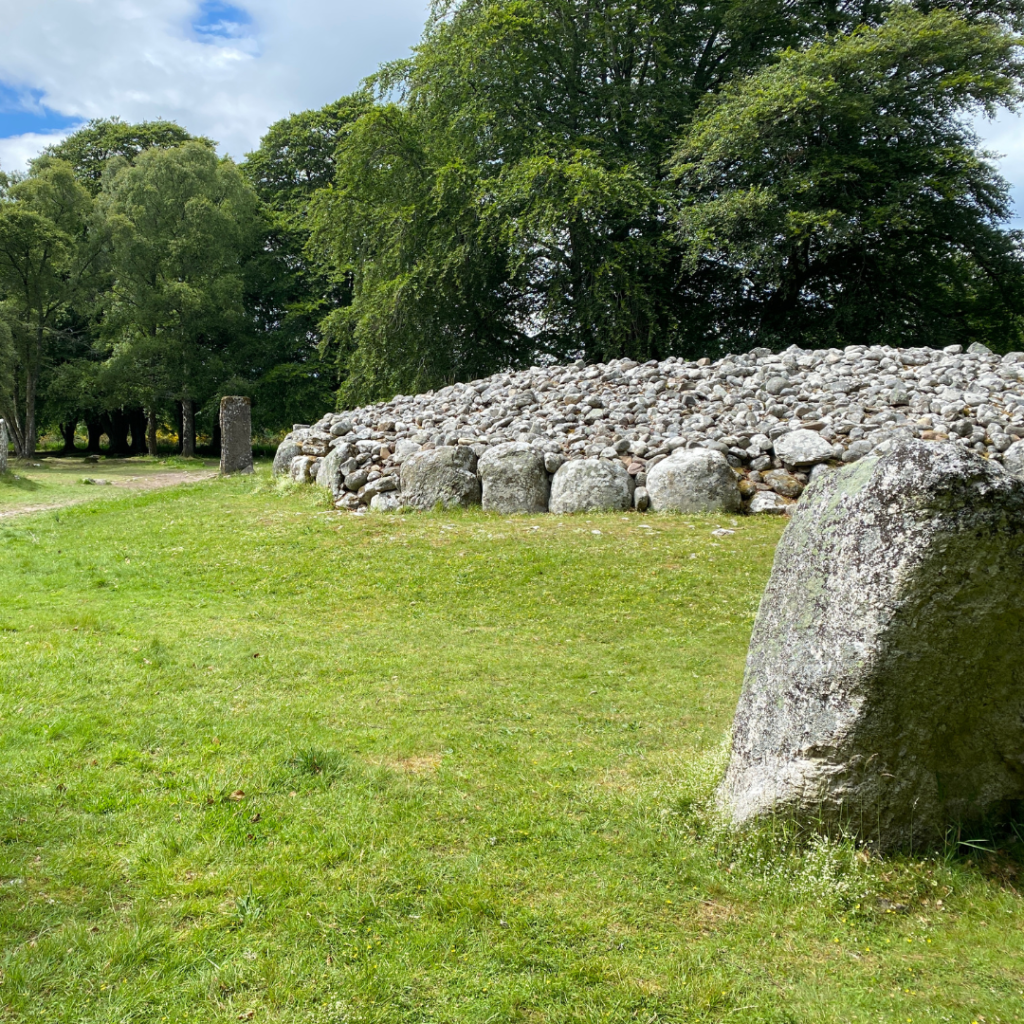 Stepping into the sacred landscape of Clava Cairns left me utterly awestruck.  In this place, prehistoric farmers gathered to lay their own to rest.  It is a place of peace, of tranquillity and of incredible history.  And I felt honoured to walk among their spirits.

The farmers of the Nairn valley raised these cairns to house their dead 4000 years ago. Only the most important members of their communities would have been interred in them. The cairn builders left no written records to explain what inspired them or what they did here. However, archaeologists have extracted clues many clues for us. 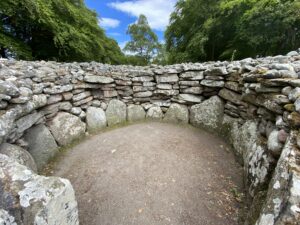 Inside one of the cairns at Clava Cairns

The cairns fall into two sub-types, one typically consisting of a corbelled passage grave with a single burial chamber linked to the entrance by a short passage and covered with a cairn of stones, with the entrances oriented southwest towards midwinter sunset. In the other sub-type, a doughnut-shaped ring cairn encloses an unroofed area with no way to access it from the outside.

In both sub-types a stone circle surrounds the whole tomb, and a kerb runs around the cairn. The heights of the standing stones vary in height so that the tallest borders the entrance (oriented southwest) and the shortest are directly opposite it.

Where Clava-type tombs have still contained burial remains when excavations were done, only one or two bodies appear to have been buried in each, and the lack of access to the second sub-type suggests that there was no intention of re-visiting the dead or communally adding future burials as had been the case with Neolithic cairn tombs.

It seems the builders of Clava Cairns were very interested in the midwinter sunset.  They chose the colours of the stones with very specific designs in mind.  At the entrances, they used red and pink stones, and on the opposite side, they used paler stones.  At midwinter sunset, the light falls directly in, through the entrance passages.  This can’t be coincidence, as the alignment is perfect.

Right next to the entrance gate, on the right, is the first cairn – known as the North-East cairn.  This one look to be the biggest and most intact with lots of standing stones around it.  Just further along, is the ring-shaped cairn, believed to have been a temple.  Traces of burning were found inside, perhaps from rituals linked to the burial cairns.

On the far North side, the third cairn stands – again with the entrance facing the midwinter sunset.  The fourth and last cairn (on this site) lie to the east.  This cairn was built a good 1000 years after the other three.  At this cairn, another burial was made much later – around 500 AD, when a Pictish cremation took place here.