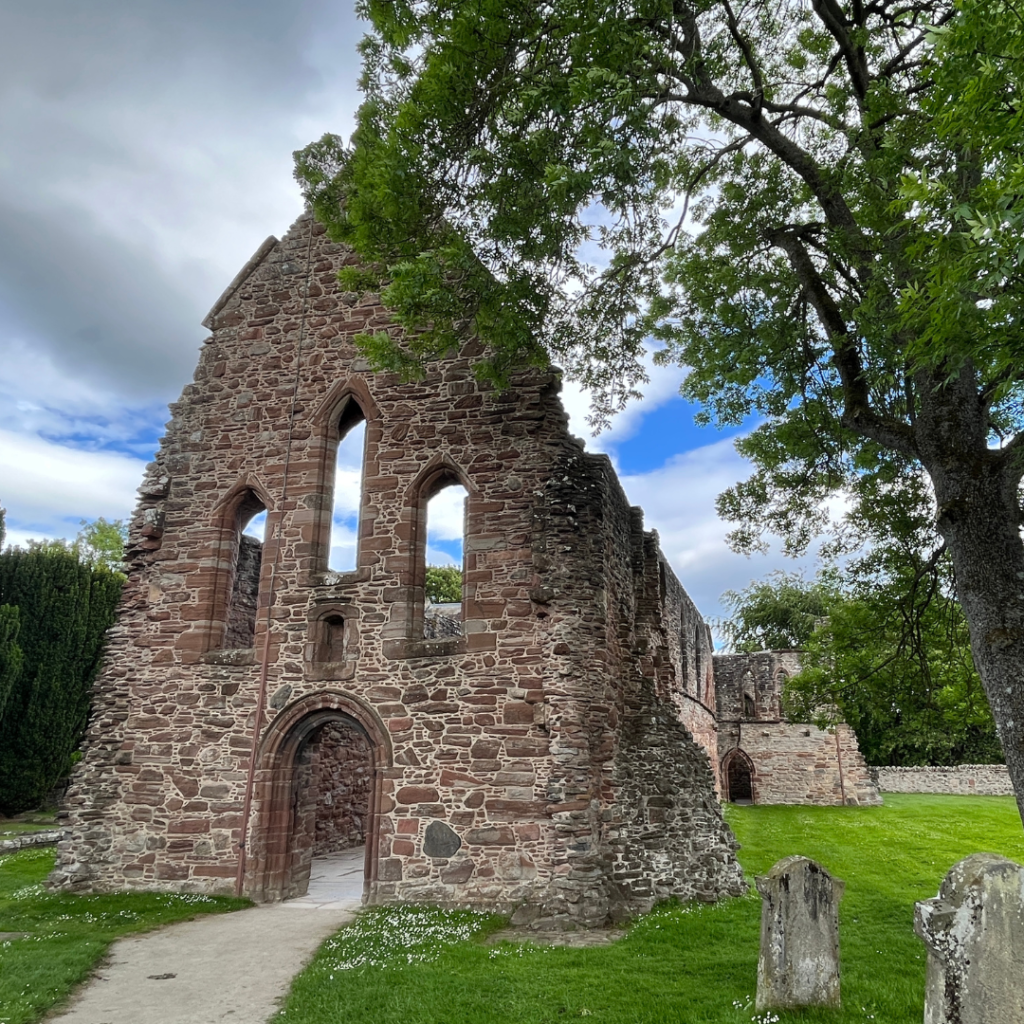 They came from Dijon in France – the Valliscaulians – and settled here at Beauly Priory in the Scottish Highlands.  The monks belonging to the Valliscaulian Order, were quite different from the monks of other religious orders.  For them, it was all about their personal salvation and less about the world at large.  For this, they needed a quiet place where they could withdraw from the world and be alone with God through prayer, study, and meditation.  Beauly was the perfect place for them.

The Founding of the Valliscaulian Order

The Valliscaulian Order was founded towards the end of the twelfth century by Viard, a lay brother of the Carthusian priory of Lugny, in Burgundy. Viard was permitted by his superior to lead the life of a hermit in a cavern in a wood, where he gained by his life of prayer and austerity the reputation of a saint.

Odo (Eudes) III, Duke of Burgundy, in fulfilment of a vow made while on the Fourth Crusade, immediately upon inheriting his estates built a church and monastery on the site of the hermitage. Viard became prior in 1193, and framed rules for the new foundation drawn partly from the Carthusian and partly the Cistercian observance.  The Order was formally confirmed by Pope Innocent III, on 10 February 1205.

In the early part of the 13th century, several Valliscaulians made their way to the Scottish Highlands.  Three religious houses were founded for them by King Alexander II of Scotland.  Pluscarden Abbey, Ardchattan Priory and Beauly Priory were all founded around the same time, in 1230.

In the case of Beauly Priory, the patron was Sir John Bisset, whose family’s lands were later joined by marriage to the predominant landowners of the area, the Frasers of Lovat.  The Frasers continued supporting Beauly priory until the Reformation.

With the support of Sir John Bisset and the Frasers of Lovat, the construction of Beauly Priory was completed by 1272. 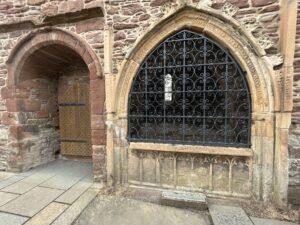 The MacKenzie Aisle at Beauly Priory

Originally, the complex consisted of the church with a chapel attached to the North side, a cloister to the South and an East range where the monks lived.  In the Western-most part of the complex, the prior had his lodgings.

In 1430, a massive programme of repair and restoration was undertaken by Sir Hugh Fraser as the priory was “falling into decay”.  At this time, a second chapel was added to the North of the complex.

In the early 16th century, the entire West range was rebuilt under supervision of Prior Robert Reid, after lightning damage.  This was the last major building work to be completed at Beauly Priory before the Reformation, after which it fell into disuse and decay.

The final works at Beauly Priory took place in 1901.  Architect Alexander Ross rebuilt the North Transept to serve as a mausoleum for the MacKenzie family.

What Can Still be Seen at Beauly Priory?

Most of the original, large priory complex have disappeared over the years.  Stone was removed and used elsewhere in the town and even taken to Inverness in 1652 to build Oliver Cromwell’s citadel!

With a long and rich history such as Beauly Priory has, it is to be expected that several important people have some connection to the place.

In 1564 Mary, Queen of Scots travelled to Dingwall.  On her way there, she stopped and stayed at Beauly Priory.  It was recorded that Mary was touched by the beauty of the priory and its fine orchard.  Mary frequently stayed in monasteries while travelling, because they had the necessary accommodation and supplies for royal guests.

Robert Reid (d. 1558) was prior of Beauly Priory in the early-16th century.  He was later Bishop of Orkney and the founding father of Edinburgh University.

John Keats (d. 1821) was a well-known English poet.  He, along with his friend, Charles Brown, stopped at Beauly Priory while travelling to Cromarty.  They were so inspired by the priory, that they wrote a collaborative poem “On Some Skulls in Beauly Abbey, Near Inverness”, in 1818.