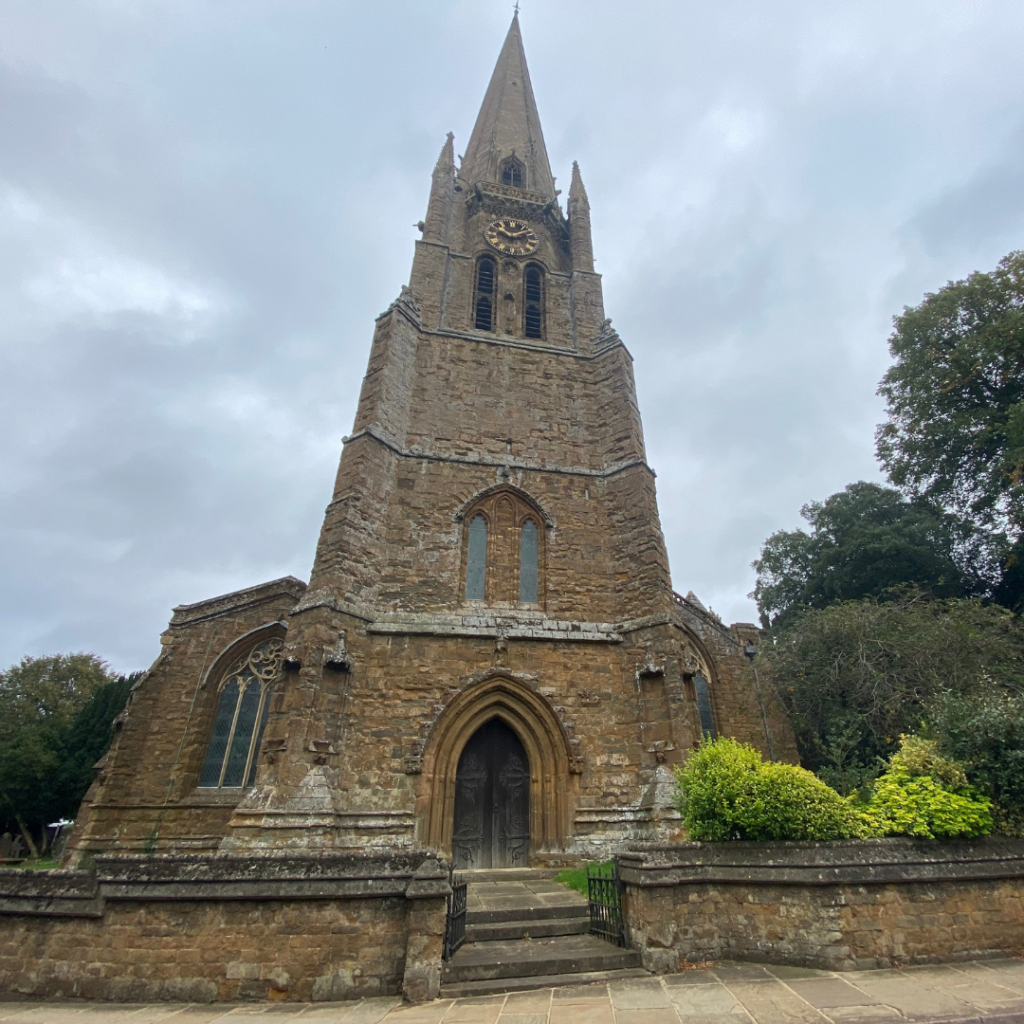 Standing rock-solid on a hill with a 198-foot spire reaching for the skies, St Mary’s in Bloxham is hard to miss.  From virtually every spot in the village, the church can be seen – which was possibly the designers’ aim. After all, as in all towns and villages, the church was the centre point of village life. 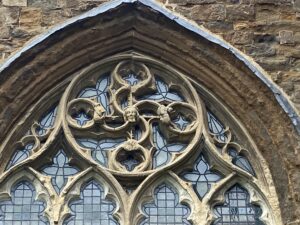 Bloxham was an important manor, the head of a hundred.  There must have been a church in Saxon times, but records are non-existent.  After the Norman Conquest, the manor and the church came into the King’s hands, after which time we have the first known records; In a 1067 charter, William I granted it, with the Rectory Estate, to Westminster Abbey.

The earliest parts of the current building are fragments of 12th-century masonry, including two doorways and the responds of the chancel arch.  Further rebuilding took place in the 13th century when the nave was reconstructed, but most of what we can still see today dates from the 14th and 15th centuries.  During this time, St Mary’s went through many changes.  The Chancel and Aisles were rebuilt entirely, as were the North and south porches.  There are also several good examples of tracery and capitals dating from this period.

Impact of the Dissolution of the Monasteries

Bloxham had the good fortune of great royal support.  King Stephen endowed a chantry chapel at St Mary’s and gave two fields from his Royal Manor to pay a priest to say masses for the soul of his mother, Adela. Henry II decided to gift the church to Godstow Abbey (something Westminster Abbey was none too pleased about).  St Mary’s remained in the hands of Godstow until the Dissolution of the Monasteries in 1539. At that time, it reverted to the Crown.

Bloxham became part of the Diocese of Oxford, and in 1547 Edward VI gave the living to Eton College who holds it to this day. 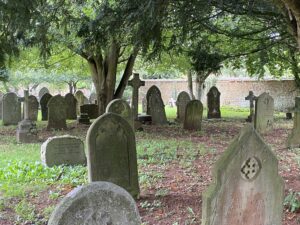 During the Wars of the Roses (1455 – 1485), St Mary’s sustained some damage, later repaired by Cardinal Wolsey.  By the 16th century, the church’s fortunes have changed, leaving the cancel in a ruinous state.  This was later rectified, and in 1686 further investment was made, with the North and South aisle roofs were reconstructed.

The 18th and 19th centuries saw further repairs, rebuilding, and beautification.  A gallery was built for the choir, box pews installed, an organ installed, and many walls stripped of plaster and redone.

During the last century, thankfully, much further work was done to preserve the church.  The roof has again been repaired and re-leaded.  The tower and spire had extensive repairs completed, and windows were restored.

What Not to Miss at St Mary’s Church in Bloxham

At the East end of the North Aisle is a remarkable diamond-shaped pillar with a beautifully carved capital showing heads of knights and ladies with linked arms.  The detail is exquisite!  Another fabulous sight is the 15th-century font with a Jacobean oak cover.  Apparently, it was covered in a thick layer of red paint at one point!  Thankfully, the paint was removed during restoration in the 19th century.

The family memorials in the Milcombe Chapel are worth a good look.  There is also a large marble monument to Sir John Thornycroft (d 1725) in perfect condition.

Stepping out into the south porch, the Norman mouldings above the doorway, in bands of zigzag, can still be seen.  The porch also has a spectacular ribbed stone vaulted ceiling in two bays.  Oh, and then there are the many gargoyles!  Each one is beautifully crafted.  Outside the Milcombe Chapel, seven fantastic, winged gargoyles look down on the churchyard.