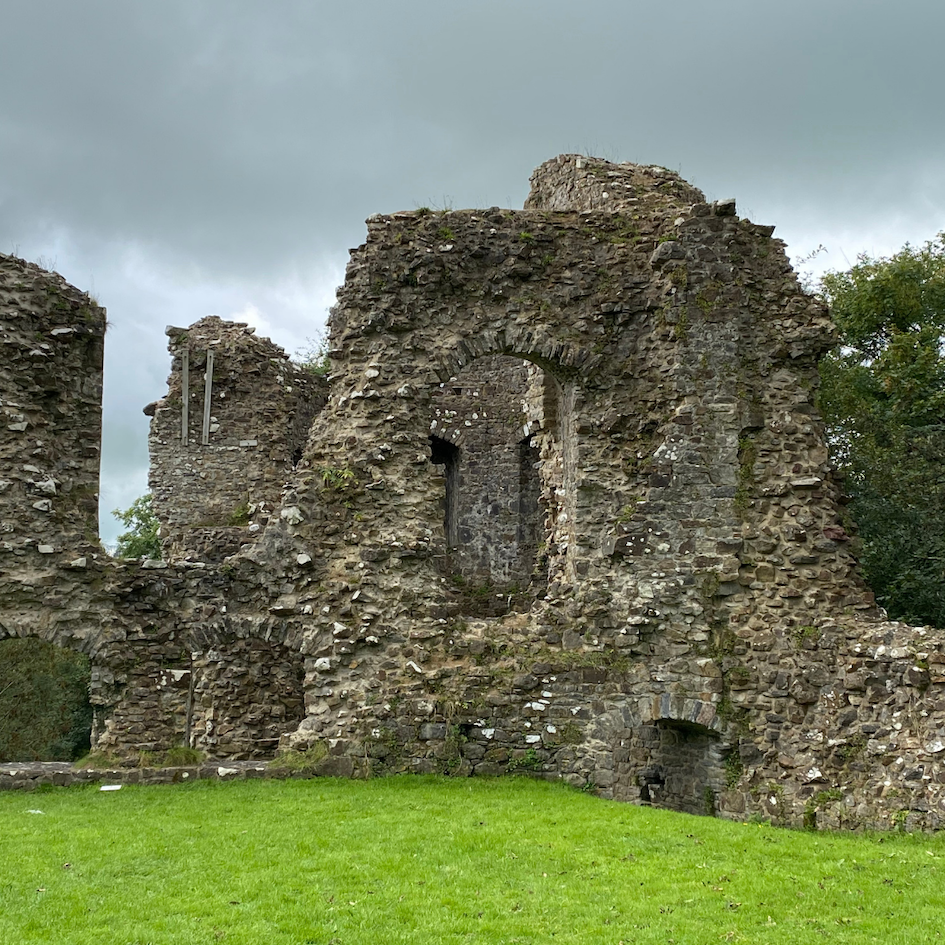 We were starving as we drove into the little town of Narberth in Pembrokeshire, Wales.  I wanted to explore the castle (that is why we came here in the first place!) but we needed food first.  So, we found street parking along the main shopping street and hunted down a café.  It is a delightful town, I must say!  There are lots of interesting shops about and the whole atmosphere felt welcoming.

After a delicious meal at Lillie’s, we felt refreshed and drove up to the Castle.  This was, in hindsight, a mistake.  We should have just walked to the Castle (it was near enough!) and parking near the Castle is a bit more difficult.  There is some street parking, but not much.  Anyway, we found parking a walked up the steep bank to Narberth Castle.

Myth and Mystery of Narberth Castle

It is believed that another structure stood on this site, in times gone by.  The exact origins are however unknown.  In the Mabinogion (a collection of ancient legends and myths) it states that Pwyll, Prince of Dyfed, once lived here in a palace. 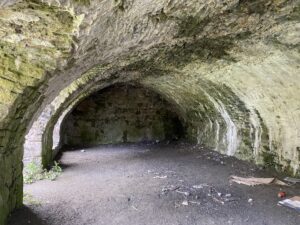 What we do know about Narberth Castle, is that it is Norman and first mentioned in 1116.  This was possibly a wooden structure.  In the 13th century, Andrew Perrot built the current stone Castle.

In 1404, the lordship of the Castle was awarded to Thomas Carrewe who defended it during the Glyndwr rebellion.  Later, Henry V gave the Castle to Edmund Mortimer, but the latter died childless, and the Castle thus reverted to royal possession.

Narberth Castle was slighted by Oliver Cromwell during the English Civil War and has been in a ruinous state ever since.

The local council took over the site in 2005 and made it accessible for the general public.

What Can Still be Explored Today 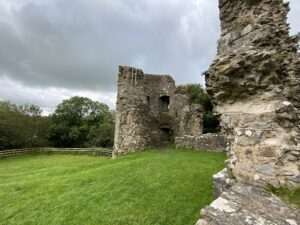 Walking up to where the Gatehouse used to be, is now just a big grassy area.  This is what used to be the Inner Bailey of Narberth Castle. The Castle was a rectangular structure with four massive round towers on each corner.

Entering from the North side, one can still see a tiny little bit of earthworks where the Northwest tower once stood.  On the left is where the North East tower used to be – there’s still a little bit of structure left to be seen.  This used to also be the Castle Keep and there are still superb examples of fireplaces in these ruins.  Walking further into the Castle, on the West side there are a little bit of wall left leading into the South West tower.   Between the South West tower and the South East tower is where the Great Hall was located.   Sadly, not much of this is left to be seen today.  What can still be seen is to the East side just before the tower.  Here is a small cellar and buttery which is still in existence and has a wonderful, vaulted ceiling.