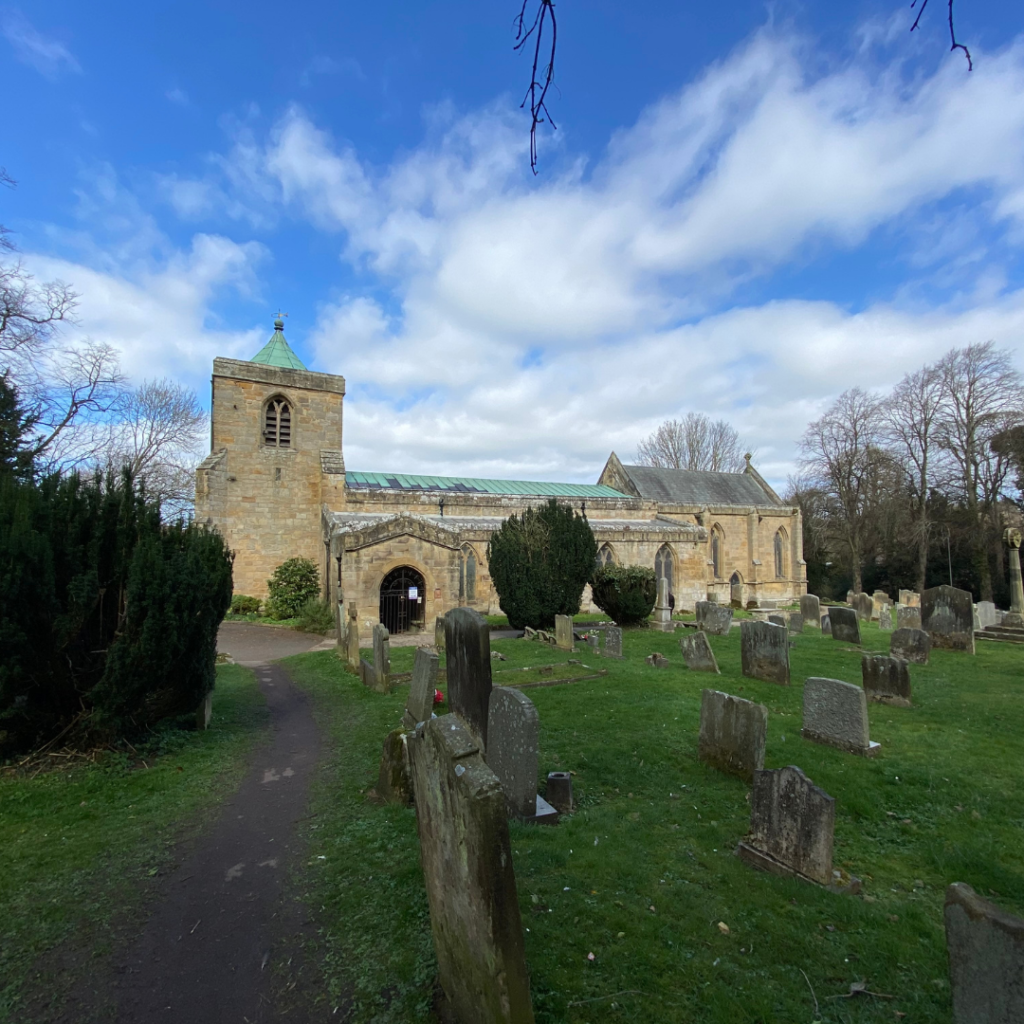 For me, there is nothing better than a bit of church crawling on a Saturday morning 😁. And since we are now allowed to travel slightly further afield, with the latest lifting of restrictions in England, I took full advantage last week.

The quaint church of St Mary the Virgin in Morpeth, Northumberland have been on my bucket list for quite some time.  Walking up the little slope and through the 19th century Lychgate felt like walking into a different era.  A calmness came over me as I stood breathing in the beautiful church and churchyard, accompanied by delightful birdsong.  For centuries, local parishioners would walk up this same slope to visit the church.

Taking a Look Around the Church

There are several interesting parts to look at when exploring St Mary the Virgin church in Morpeth. Firstly, have a look at the roof of the nave. This is thought to have been brought from Morpeth Castle after the siege of 1644. Also, the window in the West wall of the tower is said to have come from Newminster Abbey – sadly this Abbey is no longer in existence. 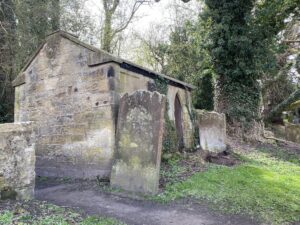 And do spend some time in the churchyard. This is such a beautiful space with many War Graves from the Second World War all across the churchyard.  The grave of Emily Davison a suffragette who was killed when she fell under the King’s horse during The Derby in 1913, also lies in St Mary’s graveyard.

On the far South side, is the Watch House.  The watch house was built in 1830. It was used as a base from which to keep watch to prevent the removal of corpses by body snatchers. The sale of corpses to University Medical schools could earn more than £12 each! Thankfully, the need for such buildings no longer exists.

The church was locked at the time of my visit, so sadly, I could not explore the interior.

St Mary the Virgin is located on top of Kirkhill, just South of the town of Morpeth.  It is believed that an Anglo Saxon building once stood here, but the records and evidence are very incomplete. 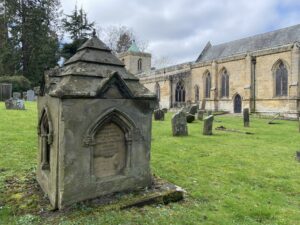 What we do know, is that a monk called Ranulf (who was connected through blood to the Barons of Morpeth) called together several monks from Fountains Abbey in Yorkshire.  They founded Newminster Abbey nearby and probably the little church on Kirkhill.

The Tower is the oldest part of the church.  This was built between 1160 and 1190.  The North side of the tower was however built in two periods with the upper part clearly 14th century.

The porch was only added in the 16th century and much later, in the 19th century, Lychgate was built which now forms the main entrance.