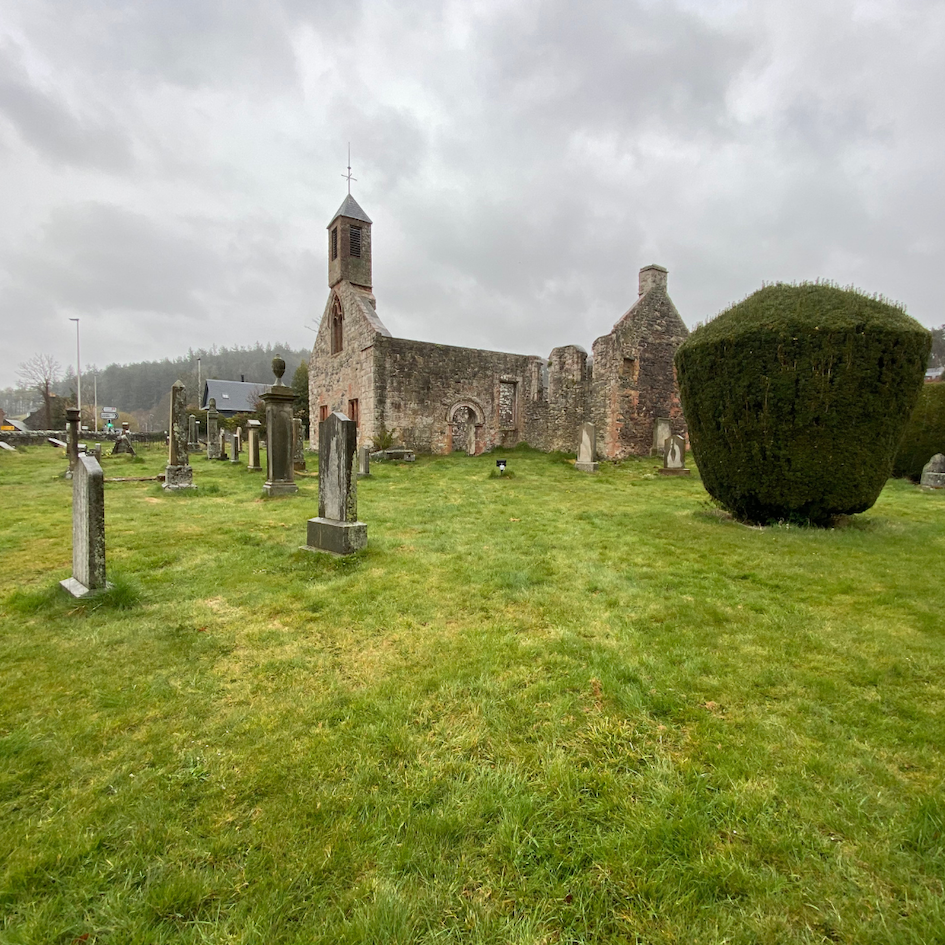 When Queen Margaret Tudor (wife of King James IV) stepped from her carriage in 1513, to pray at the Auld Kirk in Stow, she must have appreciated the beauty and tranquillity of the place. Then, as still today, Stow is a quiet village in the Scottish Border region, with rolling hills and green farmland all around.

It is this natural beauty and of course the history of the Auld Kirk, that attracted me to the area.  In the time of Queen Margaret, the Auld Kirk was still fully functioning and in perfect condition but sadly, all that remains today are some ruins and a slightly overgrown graveyard.  Still, it is a delight to explore for any heritage tourist.

A Sacred Site for Centuries 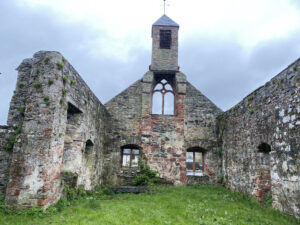 Inside the ruins of Auld Kirk, Stow

Stow has been a sacred site for around 1 500 years and was mentioned in the writings of Nennius, a Welsh monk, in the year 826.  According to legend, King Arthur had a vision before the battle of Gunnion.  In this vision he was promised victory, as he was a Christian and fought for the Christian cause.  He did indeed win the battle, and subsequently built a chapel in Stow (dedicated to St Mary), in gratitude. 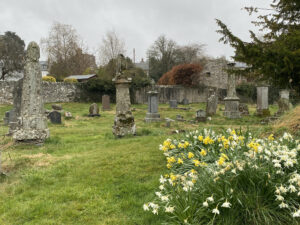 By the mid 13th century, a new “Auld Kirk” was built in the centre of the village (on its current site).  On 3 November 1242, the Church of St Mary was consecrated by Bishop David de Berhham.  It is the ruins of this church, that can still be seen today.

As in the case of most churches, this one has been repaired and changed over the centuries.  Extensive building works took place in the 15th and 17th centuries.

The church fell out of use in 1876, when a new parish church was built.  Since then, it has been left to deteriorate and become rather ruinous.  Today, the main walls are still standing to its full height, but the structure is roofless, and nature is starting to take over completely.

Notable Visitors to the Auld Kirk in Stow

I’m sure most history geeks get really excited to explore locations where important battles took place or where notable persons walked before us.  This is certainly the case for me.  And here in the village of Stow at the Auld Kirk, I stood quietly, envisioning those who walked these sacred parts in times gone by.

The Auld Kirk certainly had a long list of prominent visitors!  I’ve already mentioned Queen Margaret who visited in 1513, prior to the battle of Flodden.  But there were others, going back centuries.  King David I visited in 1142 and King William the Lion in 1184.  William Wallace came to the Auld Kirk in 1297 and King James V visited twice – in 1526 and again in 1542, the last year of his reign.