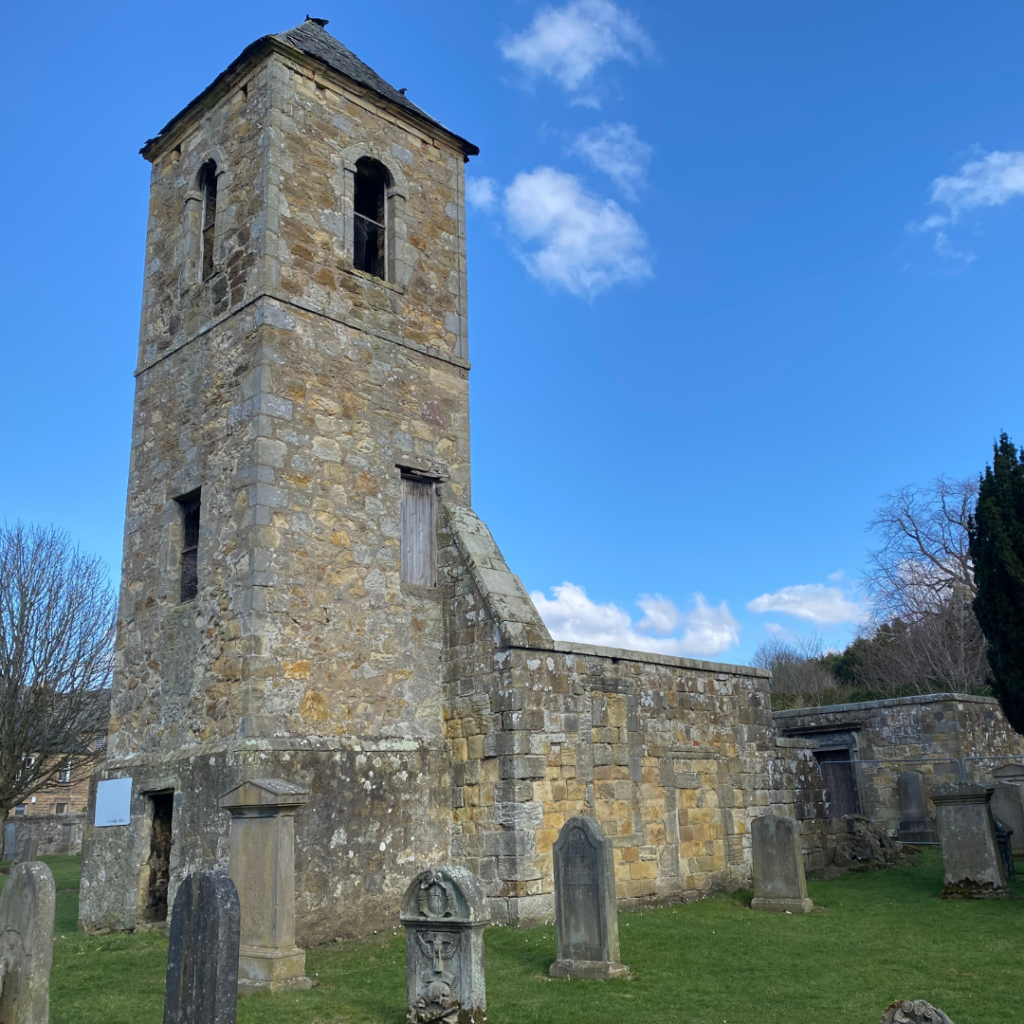 Almost hidden behind the current St Mungo’s Church stands the ruins of the old, original church of the same name.  It is surrounded by the most tranquil churchyard I have ever had the pleasure to explore – and I spotted a little deer on the other side of the fence too! 🥰

Finding records of this church proved rather tricky.  John Wilson (1891) says the earliest reference to the church that he could find referred to the advowson in the 12th century, which he said belonged to the lord of the manor.  Rymer (1745) lists a “Walterus Edger, Persona Ecclesiae de Pemcok, Vicecomitis de Edenburgh” as a witness to a 1296 charter of Edward I, believed to be the first definitive documented reference to both Penicuik (which in early records is called Penicok) and to the church. 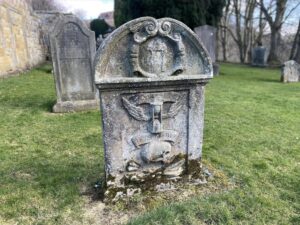 So, it seems a church stood on this site since at least the 1200s.  The ruin, which we can still see today, appears to be the

remains of the pre-Reformation St. Mungo’s Parish Church.  There are certainly records of serving ministers, dating from 1556.

The Presbytery minutes of 1648 indicate that the Church and Manse were “in dire need of repair.” Over the following ten years, major rebuilding took place.

In 1743, Sir John Clerk built an aisle in the church and added the tower (which still stands today).

By the middle of the 18th century, the congregation had outgrown Old St Mungo’s Church.  A new church was built, and sadly, this old church was left to ruin.

In 1680, a bronze bell was gifted to the church by John Anderson.  He was a prominent Edinburgh merchant.  This bell was used at St Mungo’s Church for centuries until, in 1970, it was found to require repair.  However, before the bell could be repaired, it was stolen!  Thankfully, five years later, it was recovered after a police investigation.  The recovered bell was subsequently repaired and rehung.

However, the theft of the bell was not the only connection between St Mungo’s Church and criminals.  In 1887, the vault on the tower’s ground floor was used as a cell to incarcerate rogues and thieves.

Through a little gate to the left of the current church building, a path leads to the large churchyard and ruin.  It is worth spending a bit of time examining the gravestones in the churchyard – some are quite interesting and unique.

Not much of the original church is left standing.  The tower is quite prominent and is undoubtedly the best-preserved part of the church.  The tower stands three storeys high, and the roof is still mainly intact.  Four arched windows point in each of the four directions on the top floor.  Square doorways are visible on both the ground level and the first floor.  These have now been boarded up and locked, so entry into the tower was impossible during my visit.

The remainder of the church is in bad shape.  Most of the walls are no longer standing, with heaps of rubble towards the rear.  Some memorials can still be seen in the few bits of wall still standing, but reading the inscriptions is difficult due to weathering.